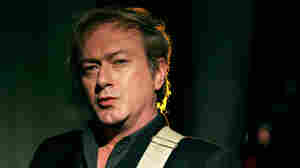 February 4, 2020 • Gill and his bandmates rewrote the playbook for punk in 1979 with the release of Entertainment! -- incorporating new angles and room to breathe into the frenzied genre. 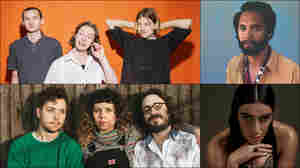 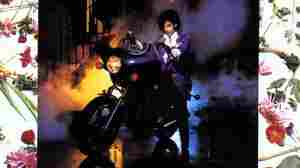 July 10, 2015 • All Songs intern Julian Ring picks his all-time favorite episode of the show, one that asks: Can you judge an album by its first song? For a handful of classic records, absolutely. 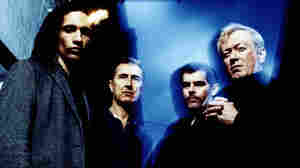 Gang of Four singer Jon King (second from left) says it's a privilege to have "inspired other musicians to make great music." Steve Gullick/Courtesy of the artist hide caption

January 28, 2011 • Content is Gang of Four's first studio record in 16 years. Within its first moments, the classic sound of angular but danceable post-punk is instantly recognizable. Singer Jon King says it's a privilege to have "inspired other musicians to make great music." 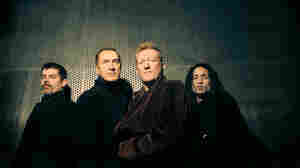 January 16, 2011 • After more than 15 years, the provocative dance-rock band returns with a new album called Content. Members Jon King and Andy Gill still have a tough and loud sound, marked by biting bursts of funk and dub. The album will stream here in its entirety until Jan. 25.

August 18, 2005 • Gang of Four released some of the key albums of the English post-punk era. Their forthcoming album, Whitey's Gift, features the original lineup back together again, with 14 new versions of their classic songs.