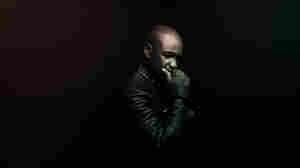 "We're reduced to being something on sight," says Lawrence Brownlee. The tenor sings a new song cycle with music by Tyshawn Sorey and words by Terrance Hayes. Shervin Lainez/Courtesy of the artist hide caption

March 30, 2018 • A collaboration between three prominent artistic voices — singer Lawrence Brownlee, composer Tyshawn Sorey and poet Terrance Hayes — examines what it means to be a black man in America today.

Lawrence Brownlee: A Rising Star Arrives at the Met

April 22, 2007 • A debut at the Metropolitan Opera is an opera singer's dream. It's about to become a reality for tenor Lawrence Brownlee.

Lawrence Brownlee: A Rising Star Arrives at the Met 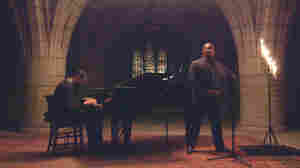 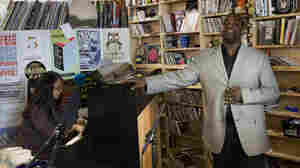 October 5, 2013 • With a supple, strong, high-flying voice that can negotiate the tightest hairpin turns with grace and elegance, Lawrence Brownlee has conquered the world's great opera houses. But for this performance, the tenor circles back to his roots as a singer of spirituals.

November 16, 2007 • Joyce DiDonato and Lawrence Brownlee star as Cinderella and her Prince Charming, in La Cenerentola from Houston Grand Opera.