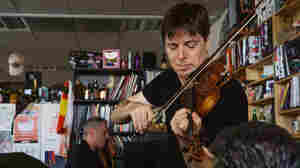 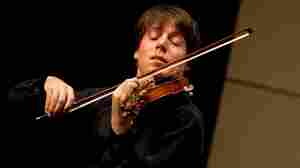 "The key is to figure out what you're contributing," Joshua Bell says of playing chamber music. Eric Kabik/Courtesy of the artist hide caption

Three Quick Lessons From The Violin Wunderkind Who Became A Master

September 29, 2014 • At 46, Joshua Bell leads nine young musicians in the 30-minute HBO documentary Masterclass. Here, the violinist gives advice on finding yourself in the music.

Three Quick Lessons From The Violin Wunderkind Who Became A Master 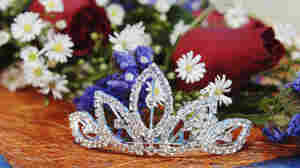 Does this mean Josh Bell will start using "There She Is, Miss America" as an encore? Louie Aguinaldo/iStock hide caption

Why Is One Of The World's Top Violinists Judging Miss America?

August 14, 2013 • Violinist and conductor Joshua Bell is going to be joining Lance Bass and a Shark Tank judge in Atlantic City. (And one of the country's foremost classical music critics is a preliminary rounds judge.) Is there a classical music/beauty pageant axis we just didn't know about? 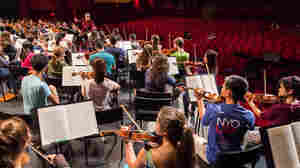 July 13, 2013 • There are youth orchestras and summer music camps all over the U.S., but Carnegie Hall may have created the best music camp ever. For the past two weeks, some of the country's best teenage musicians have gathered to create the first National Youth Orchestra of the United States of America. 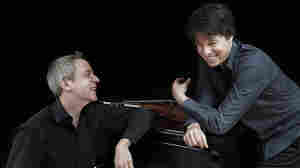 "I've thought to myself often listening to some classical works: 'I think I want to make a couple million dollars and turn that into a pop song,'" Joshua Bell (right) says, laughing. "There's a lot of untapped potential there." Courtesy of the artists hide caption

May 17, 2013 • Connect the dots between classical music and standards with the dynamic violin-and-piano duo. 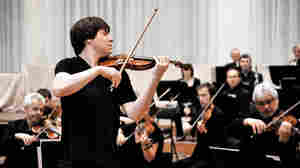 Violinist Joshua Bell conducts the Academy of St. Martin in the Fields by doing what comes naturally to him. The celebrated soloist is also the London orchestra's music director. Chris Chrisodoulou/Sony Classical hide caption

February 15, 2013 • After more than three decades as a soloist, violinist Joshua Bell has taken over the venerable Academy of St. Martin in the Fields, leading the orchestra in a new recording of Beethoven symphonies. "You feel," Bell says, "like you are right in the middle of the orchestra when you hear it."

February 22, 2009 • Tucked in among the Oscars for Best Actor, Best Actress and Best Picture is a lesser-known category: Best Original Score. Film-music specialist Andy Trudeau has come to discuss the nominees every year since the 68th Academy Awards.

December 9, 2007 • Weekend Edition Sunday music director Ned Wharton is back with his annual gift guide. He's surveyed the 2007 releases, and offers these suggestions for the jazz, rock, classical and world music fans on your shopping list.

November 4, 2007 • Joshua Bell has unpacked his fancy fiddle in places as diverse as Carnegie Hall and the Washington, D.C. subway. Hear him, along with pianist Jeremy Denk, play the passionate Violin Sonata No. 1 by Saint-Saens in concert at the intimate Spivey Hall, near Atlanta.

Joshua Bell's 'Voice of the Violin'

April 11, 2007 • Tom Manoff reviews the CD by violinist Joshua Bell called Voice and Violin. He says the CD explores some famous pieces in classical music — like "Song to the Moon" from Dvorak and Rachmaninoff's "Vocalise" — that take on the lyrical play between fiddle and voice.

Joshua Bell's 'Voice of the Violin'

A Touch of Tchaikovsky from Joshua Bell

October 19, 2005 • Joshua Bell is one of the busiest violinists performing today. When he visited with Fred Child in the NPR studios, he brought along music by Tchaikovsky — the "Melodie" — as well as Sarasate's "Introduction and Tarantella."

A Touch of Tchaikovsky from Joshua Bell

January 4, 2004 • Joshua Bell plays a Stradivarius violin built in 1713 that's been notoriously stolen a few times. On his latest CD, the young virtuoso borrows a few great classical melodies and transposes them. He discusses his results with NPR's Liane Hansen.

July 15, 2001 • Liane Hansen speaks with violinist Joshua Bell, who's been busy performing the West Side Story Suite. Leonard Bernstein's classic score was arranged for violin and orchestra by William David Brohn, and the cd is now available on Sony Classical (SK 89358). 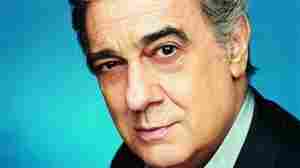 May 4, 2012 • A transposed tenor on pop, an inspiring orchestra on tour and the iPad on music stands: all the classical music news that's fit to link. 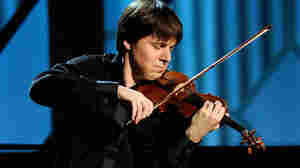 April 24, 2012 • Bell, the violin prodigy turned star, has taken the helm of the Academy of St. Martin in the Fields. On his first tour with the group as both music director and conductor, he plays the violin while conducting the orchestra simultaneously. 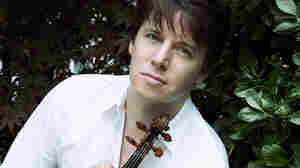 January 16, 2012 • The violinist compares two recordings he made, 20-plus years apart, of the Franck Violin Sonata. 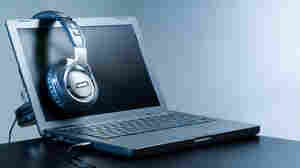 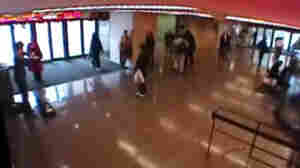 A Concert Violinist on the Metro?

April 11, 2007 • Violinist Joshua Bell talks to Michele Norris about his experience busking for morning commuters at a metro station in Washington, D.C.

A Concert Violinist on the Metro?