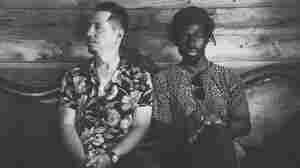 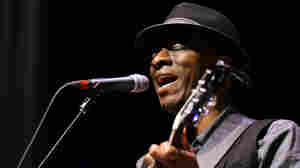 June 9, 2014 • With a lengthy list of collaborators, three Grammy Awards and an enormous amount of respect to his name, Keb' Mo' is one of the most decorated living blues artists. Here, he performs five songs. 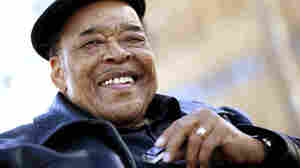 James Cotton is in his 69th year of performing. The latest album by the Mississippi-born, Chicago-based bluesman is called Cotton Mouth Man. Christopher Durst/Courtesy of the artist hide caption

James Cotton: 'The Voice Is Gone, But The Wind Is Still There'

May 11, 2013 • The Chicago bluesman is 77 and a throat cancer survivor, but he remains a fiery harmonica player. His latest album, which features collaborations with Gregg Allman and Keb' Mo', is called Cotton Mouth Man.

James Cotton: 'The Voice Is Gone, But The Wind Is Still There'

July 4, 2006 • Kevin Moore, aka Keb Mo, talks to Michele Norris about his latest CD, Suitcase. He also discusses that uniquely American music form, the blues, and how he has created his own modern interpretation.

May 19, 2006 • This week's concert features two singer-songwriters whose idiosyncratic approach to music has won them increasingly large audiences. The pairing of Keb Mo and Mason Jennings showcases the guitar in two of its most basic states: free-flowing blues and pared-down folk.

Keb' Mo' and the Lighter Side of the Blues

February 15, 2004 • Grammy-winning bluesman Keb' Mo' is known for his witty lyrics, and his new CD is no exception. The man once known only as Kevin Moore talks with NPR's Michele Kelemen about Keep It Simple.

Keb' Mo' and the Lighter Side of the Blues

February 15, 2004 • Since embarking on a solo career as a blues artist after years of session work, Keb' Mo' has released six critically-acclaimed albums, won two Grammys and multiple W.C. Handy Awards, and worked as an actor on television and film. Guest host Michele Kelemen speaks with Keb' Mo' about his new CD, Keep It Simple.

February 1, 2002 • Guest host Liane Hansen talks with blues vocalist Rory Block about her newest album, I'm Every Woman. It's her 14th album and features various covers including, "Ain't Nothin' Like the Real Thing," which she recorded with Keb' Mo'. Block tells about how she came to record the duet. (4:30) The album is available on Rounder Records.