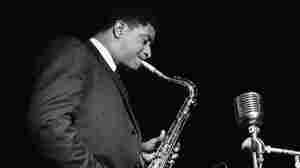 Sonny Rollins during the recording of A Night at the Village Vanguard. Francis Wolff/Blue Note Records hide caption

November 3, 2017 • On the 60th anniversary of the touchstone jazz album, Sonny Rollins, Fred Hersch, and others recall the room's magic and its enduring legacy and influence. 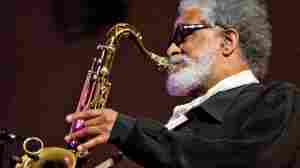 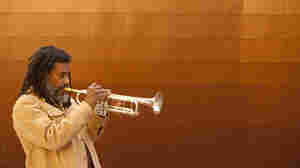 December 19, 2014 • Could anyone have predicted the first and second place finishers in this year's NPR Music Jazz Critics Poll? The poll master certainly didn't — and he voted for both of them. 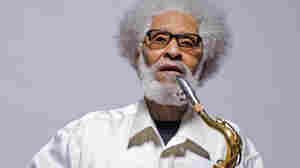 "Jazz improvisation is supposed to be the highest form of communication," Sonny Rollins says, "and getting that to the people is our job as musicians." John Abbott/Courtesy of the artist hide caption

May 3, 2014 • "Jazz improvisation is supposed to be the highest form of communication," says the 83-year-old sax legend, who is about to release the third volume in his prized Road Shows series. 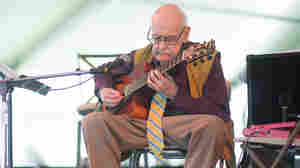 December 1, 2009 • Hall is in a league of players who've turned the tables for jazz and their respective instruments. As far as modernizing the sound and vocabulary of jazz guitar to the degree he did, longtime admirer and fellow guitarist Rez Abbasi says Hall is unmatched. Abbasi picks five songs, each of which reveals Hall's idiosyncratic technique.

July 26, 2007 • Ranking with John Coltrane and Coleman Hawkins as one of the all-time great tenor sax players, jazz legend Sonny Rollins has been recording fiery, passionate and intelligent music for nearly 60 years. Hear Rollins give an interview and in-studio performance.

April 28, 2007 • Saxophonist Sonny Rollins has outlasted many of the jazz greats he played with. At age 76, he's now jazz's elder statesman, crossing another milestone in his 65-year career with a new CD, Sonny, Please, a new record label and a Web site. 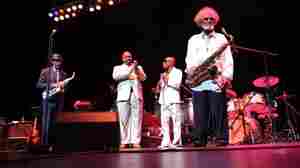 August 28, 2011 • What's the 80-year-old saxophone colossus up to now? You'd surely find out at one of his live shows. In a special concert captured here, Rollins joins forces with other living legends, including his first-ever performance with Ornette Coleman.

August 1, 2001 • A jazz prodigy before he turned 20, Sonny Rollins ranks with John Coltrane and Coleman Hawkins as one of the great tenor saxophonists. In what is often termed his breakthrough album, 1956's Saxophone Colossus contains diverse musical elements, including a calypso, ballad, and Kurt Weill classic.

August 1, 2001 • In 1958, Brown v. Board of Education was four years old, and the Civil Rights Movement was heating up. As a tribute to the cause of African-American freedom, jazz legend Sonny Rollins recorded Freedom Suite. This classic contains one of the first extended compositions for the tenor saxophone (it's more than 20 minutes long). 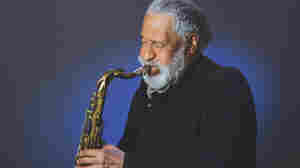 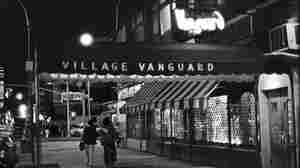 Peak Performances from the Village Vanguard

May 5, 2008 • For jazz musicians, playing at the Village Vanguard is a special event. To record there is a rite of passage. How can you not bring your best stuff, knowing who brought theirs before? Here are five notable glimpses into the world's most famous jazz joint. 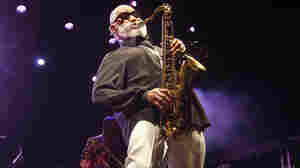 September 7, 2010 • It's hard to overstate Rollins' contribution to jazz. As the groundbreaking saxophonist celebrates his 80th birthday, he can look back on a performing and recording career that spans more than 60 years and has influenced generations of jazz players.

December 5, 2011 • Musicians new and familiar gave us exciting sounds in 2011. We witnessed the ascent of the mighty Merrill Garbus, a.k.a. tUnE-yArDs. We reveled at the return of Ishmael Butler, formerly known as Butterfly from jazz-rap greats Digable Planets, whose debut with Shabazz Palaces gave off a dark buzz. Wilco moved even farther away from its alt-country roots and managed to sound even more like Wilco. The list of our 50 favorite records of 2011 wraps up here, with album Shabazz Palaces, Sonny Rollins and more artists from S to W. 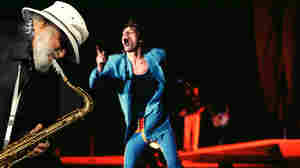 July 27, 2011 • Did you know that Sonny Rollins played on a Rolling Stones song? Hear that and other jazz cameos from famous pop-rock tracks. 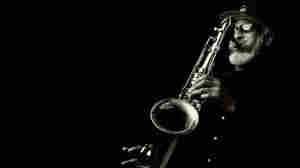 December 3, 2010 • Fresh Air jazz critic Kevin Whitehead picks CDs, books and a DVD for the jazz lover on your list this holiday season. His selections include a book of Sonny Rollins photographs and music from the first season of the HBO series Treme. 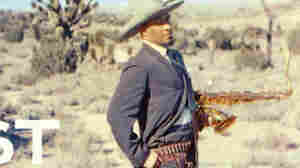