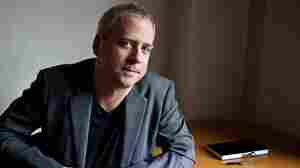 January 31, 2019 • Hear the resourceful pianist trace 700 years of Western music, from the delicate medieval counterpoint of Guillaume de Machaut to the minimalism of Philip Glass. 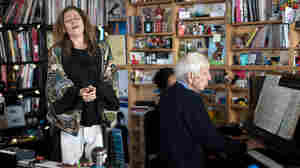 January 26, 2018 • Eavesdrop on a beautiful recital of German songs from fin de siècle Vienna, when music was transitioning from the swells of romanticism to the uncharted waters of modernism. 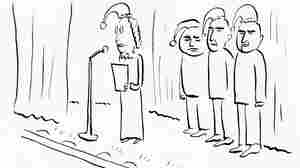 The 12 Tones Of Christmas

December 21, 2012 • Fridays are funnier with a classical cartoon at noon, from Deceptive Cadence.

February 9, 2009 • Classical icons such as Mozart, Tchaikovsky and Saint-Saëns got pushed aside at this year's Grammy Awards to make way for names such as Stucky, Schoenberg, Carter and Paulus. Hear some of the winning recordings.

November 26, 2007 • Measha Brueggergosman is a young soprano on the rise. Her major label debut, Surprise, features offbeat cabaret songs by Satie and Schoenberg. She describes the CD as "classical music letting its hair down."

November 21, 2007 • Like overeating at Thanksgiving, composers can overindulge on music. Commentator Miles Hoffman discusses the reaction some composers had to the "musical bloat" of the Bruckner and Mahler years. The result was a leaner musical waistline.

Beauty Amid the Discord: Music in the 20th Century

October 12, 2007 • From the musical buzz in pre-WWI Vienna to the experimental New York scene of the 1960s and on through today, Alex Ross reveals the story of 20th-century music in his new book The Rest Is Noise.

Beauty Amid the Discord: Music in the 20th Century

April 14, 2005 • There are countless established chamber quartets and trios, but in the world of classical music, touring sextets are uncommon. The string ensemble Concertante is one of the rare exceptions. The acclaimed group performs music by Strauss and Schoenberg in NPR's Studio 4A.

Steve Escoffery: What Are You Listening To?

September 12, 2004 • The latest edition of "What Are You Listening To?" features some of the favorite music of composer Steve Escoffery. The 26-year-old from Seattle's picks range from abstract German strings to American indie rock.

Steve Escoffery: What Are You Listening To?

January 1, 2008 • In his new book, New Yorker critic Alex Ross dispels the notion of a classical music deathwatch. The Rest Is Noise explores the 20th century through the richness of its music.

Alex Ross Reads from the Book 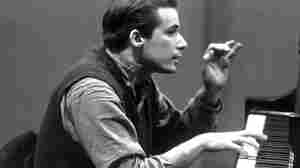 Glenn Gould would have turned 80 years old on Sept. 25. His legacy includes much more than the music of J.S. Bach. Don Hunstein/Sony Classical hide caption

September 25, 2012 • Hear the iconic pianist play a wide range of music, from Brahms and Gibbons to Schoenberg and Strauss. 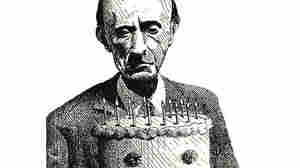 November 23, 2010 • Fleeing the Nazi threat, the infamous father of 12-tone music finds himself with a birthday feast, a few new friends and some fresh worries in Los Angeles. Try a recipe for chocolate raisin cake, one of the many desserts at Schoenberg's party.