September 21, 2006 • All Songs Considered host Bob Boilen talks with NPR reviewers Robert Christgau, Meredith Ochs, Tom Moon and Will Hermes about the CDs they're most looking forward to this Fall.

August 5, 2002 • The King of Rock and Soul: Solomon Burke; New solo work from Robert Plant; A look back at the work of Alan Lomax; Damon Gough, a.k.a. Badly Drawn Boy and more. 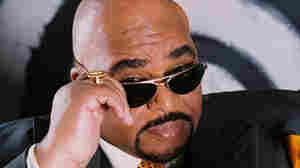 April 16, 2010 • Solomon Burke is back, though he didn't leave for long. This year, he turns 70, and he's just released a new record called Nothing Is Impossible, produced by the legendary Willie Mitchell.

June 10, 2008 • Music critic Josh duLac looks at some of this week's new releases, including albums from Lil Wayne, My Morning Jacket and Solomon Burke.

A Soul-Singing Legend, Reborn in 'Nashville'

December 11, 2006 • According to legend, Solomon Burke — Rock and Roll Hall of Fame inductee, licensed mortician and long-reigning King of Rock and Soul — always wanted to be a country singer. With Nashville, Burke finally gets his wish, not to mention a credibility-enhancing cast of supporting characters.

December 5, 2006 • NPR music reviewer Meredith Ochs shares her picks for the year's best CDs. Ochs is host of Sirius Satellite Radio's "Outlaw Country" channel, a contributing editor for Guitar World magazine and a regular contributor to NPR's All Things Considered. She's also the vocalist and guitarist for the rock band The Damn Lovelys.

Solomon Burke: 'Make Do With What You Got'

March 7, 2005 • Rhythm and blues legend Solomon Burke talks about his new CD, Make Do With What You Got.

Solomon Burke: 'Make Do With What You Got'

July 19, 2002 • The "King of Rock and Soul" is back. In the 1960s, Solomon Burke scored hits with "Cry to Me," "Everybody Needs Somebody to Love," and "Got to Get you Off My Mind," among many others. His new album features songs written specifically for him by such fans as Bob Dylan, Elvis Costello, and Tom Waits. And today is "Solomon Burke Day" in Philadelphia, the city where he was born. Joel Rose has the story. The new CD is Don't Give Up On Me. 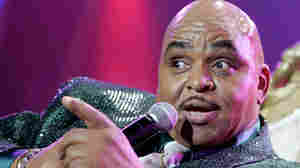 Solomon Burke performs at the 39th Montreux Jazz Festival in Switzerland in this 2005 file photo. The soul singer died on Sunday. He was 70. Martial Trezzini /AP Photo hide caption

October 11, 2010 • Solomon Burke, the Grammy Award-winning  singer who wrote the hit track "Everyone Needs Somebody to Love," died Sunday at 70. Fresh Air remembers the "King of Rock and Soul" with excerpts from a 1986 interview.