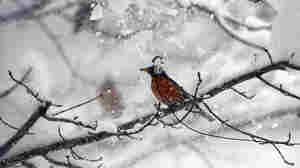 December 21, 2010 • Hosts Bob Boilen and Robin Hilton share some of the tunes that get them in the mood for warm cookies, hot cocoa, and Santa Claus. Grab a blanket and curl up in front of the computer.

November 27, 2009 • His best-known work — the music to A Charlie Brown Christmas — is currently airing across the country once again. But as a new anthology attests, Vince Guaraldi wrote and performed a lot more music that deserves attention, too.

Deck the Halls with Swing

December 7, 2007 • Nobody ever said that Christmas music couldn't have a little syncopation to it. Greet the season with a little swing, as KPLU offers five classics with a mainstream jazz sensibility.

November 28, 2006 • On Tuesday night, a tradition continues: ABC airs the animated special, A Charlie Brown Christmas. Its jazzy Vince Guaraldi soundtrack is a holiday staple, too, but it wasn't embraced by all who first heard it.

November 22, 2006 • Every year brings a flood of new holiday CDs, and with good reason: They're quick and easy to make, most if not all of the songs have already been written, and they get reissued practically every year. From Sufjan Stevens to Twisted Sister to The Chipmunks, here's a look at 2006's holiday crop.

December 22, 2003 • Music critic Michelle Mercer reflects on the music from "A Charlie Brown Christmas" by the Vince Guaraldi Trio. For Mercer, the jazz tunes are sound of the holidays, and they reflect some of the season's less-cheerful sentiments. 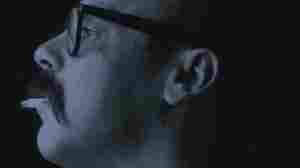 Vince Guaraldi had range, as well as an instrumental hit right when jazz was vanishing from AM radio. Courtesy of the artist hide caption

September 21, 2012 • Guaraldi had range, as well as an instrumental hit right when jazz was vanishing from AM radio. 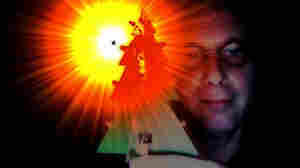 Bob gets into the spirit of the season with his battery-operated, LCD Christmas tree. Bob Boilen hide caption

The Best Holiday Jazz CDs Ever, from WDUQ

December 7, 2006 • Pittsburgh-based NPR member station WDUQ broadcasts more than 100 hours of jazz programming every week -- a lineup that includes its share of holiday music around this time of year.