Accessibility links
The Who The Who artist page: interviews, features and/or performances archived at NPR Music 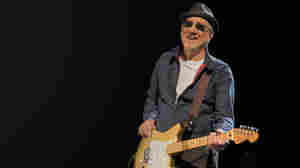 Pete Townshend originally wrote the songs on The Who's new album for Roger Daltrey as a solo artist. "I wrote them for Roger because I knew that Roger would sing them best," he says. William Snyder/Courtesy of the aritst hide caption

Pete Townshend On Creativity, 'The Age Of Anxiety' And The Who's New Record

November 18, 2019 • Townshend talks about his debut novel, how it relates to The Who's rock opera, Tommy, and what he'd say now to his younger self – the one who wrote the lyric "I hope I die before I get old." 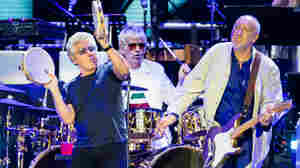 The Who at Wembley Stadium in July 2019. Samir Hussein/WireImage hide caption

September 13, 2019 • The veteran band's new single is a gritty swamp-rock critique of the Guantanamo Bay detention camp and the powers that have kept it open. 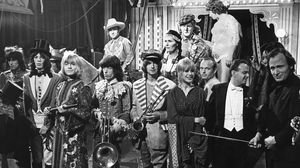 The Rollings Stones, Marianne Faithfull and other performers at the Rock and Roll Circus. Michael Randolf/Courtesy of the production company hide caption

July 25, 2019 • In December of 1968, some of the biggest names in rock and roll came together to film The Rolling Stones' Rock and Roll Circus. The film was recently given a 4K restoration. 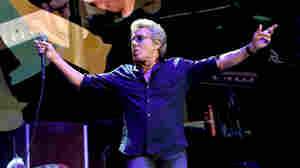 June 5, 2018 • The voice of The Who taps into his early love of soul music with his ninth solo record, As Long as I Have You. 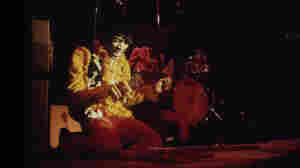 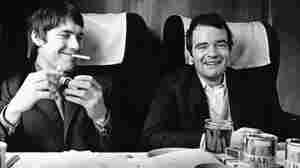 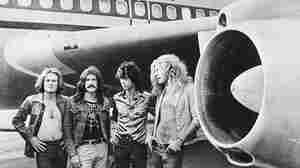 July 30, 2013 • In the new book What You Want Is in the Limo, author Michael Walker argues that a peak year in the careers of Led Zeppelin, Alice Cooper and The Who also marked a cultural shift — from the peace, love and understanding of 1960-era music to '70s rock decadence.

June 14, 2007 • Two years before Woodstock, a music festival in Monterey, Calif., brought together a diverse group of big-name acts including the Mamas and the Papas and Jefferson Airplane as well as some then-unknown performers, notably Janis Joplin and Jimi Hendrix.

October 31, 2006 • Forty years ago, The Who raised the bar on rock 'n roll behavior. They were the first to smash their guitars and the first to destroy their hotel rooms. They've just released their first album in 24 years, and some threads will be familiar to longtime Who fans.

Petra Haden Takes on Standards, and the Who

March 6, 2005 • Guest host Sheilah Kast speaks with singer Petra Haden , who has two new projects: "Petra Haden and Bill Frisell" (Sovereign Artists Records), a collection of standards played by the virtuoso guitarist, and "Petra Haden Sings: The Who Sell Out" (Bar/None Records) in which she recreates the Who's music entirely with her voice.

Petra Haden Takes on Standards, and the Who

Remembering The Who's Keith Moon

September 7, 2003 • Twenty-five years after his death, it's still difficult to get many people not to think of Keith Moon as just a hard-drinking, lunatic rock star who would smash his drum set on stage or destroy a hotel room. But his biographer, Tony Fletcher, says The Who's legendary drummer should be remembered as the man who forever changed the sound of rock 'n' roll. On Weekend Edition Sunday, NPR's Liane Hansen talks to the author and bandmate Roger Daltrey about Moon's legacy.

Remembering The Who's Keith Moon 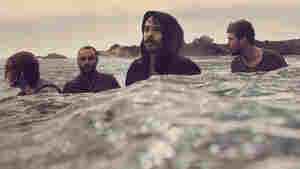 November 14, 2012 • On this week's show, we've got some great new discoveries, including the ambient rock group IO Echo, and mesmerizing singer Angel Olsen. 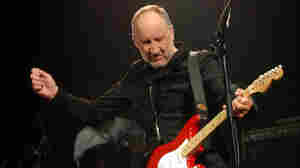 Pete Townshend of The Who. Fans in Providence have waited 33 years to see him. Lucy Pemoni /Reuters /Landov hide caption

August 1, 2012 • After a stampede at a 1979 show in Ohio, the mayor of Providence said the band couldn't play in his city. But The Who will be there next February, and 10 fans who still had their old tickets won't be disappointed again. 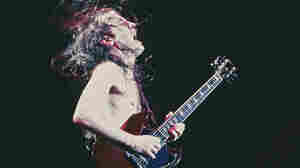 Angus Young of AC/DC knows how to work up a sweat while playing. His endless energy, enthusiasm and affinity for shorts make him the Richard Simmons of the Guitar Hero workout. Getty Images hide caption

The Guitar Hero's Workout: Shred The Pounds Away

April 15, 2010 • We studied the performances of rock's guitar legends and compiled the best moves to build both your muscles and your godlike mystique. Keep a bottle of Jack on hand for hydration, drape some old silk scarves around a microphone stand to dab your sweaty brow, and move like you've seen a million faces and rocked them all.

The Who, King Crimson, Arctic Monkeys

November 10, 2006 • All new studio recording from The Who; Spider courts fly in The Low Lows; A 1969 classic from King Crimson; New instrumental music from Ratatat; Toronto's punk-inspired Born Ruffians and more.

The Who, King Crimson, Arctic Monkeys

Hilliard Ensemble, Percy Heath, The Who

April 12, 2004 • Odd interpretations from Stolen Shack; Folk singer/songwriter Adrienne Young; A new retrospective from The Who; Neo-psychedelia from Circulatory System and more.

Hilliard Ensemble, Percy Heath, The Who

Only Available in Archive Formats.
More from The Who
Browse archive or search npr.org