September 12, 2006 • The award-winning singer, songwriter and producer, who bowed out as frontman for The Commodores for huge career as a solo artist in the 1980s, has a new CD — a nugget of pure pop craftsmanship that shows he's still at the top of his game. 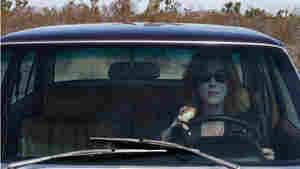 The cover of Justin Vivian Bond's album Silver Wells, on which the cabaret performer uses other people's songs to construct a plotline that echoes the Joan Didion novel Play It As It Lays. Courtesy of the artist hide caption

A Cover Album Is A Tiny Museum Of Songs

June 15, 2012 • Looking back over several new (and drastically different) albums of cover songs reveals that it's been a very good year for assertive, interpretive pop music. 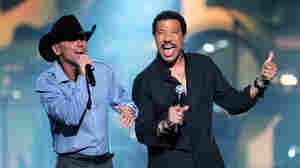 July 21, 2012 • One of pop's greatest crossover artists, Lionel Richie's latest album is a collection of his biggest hits sung as duets with some of Nashville's biggest stars. It's the biggest-selling new album of 2012, but a quick look at the charts shows there are plenty of other country songs made in his image. 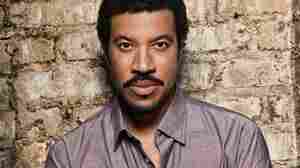 "If I had to have another title for this record besides Tuskegee," Lionel Richie says, "it would be called All the Songs That They Told Me Would Ruin My Career." Alan Silfen/UMG Nashville hide caption

Hello? Is This The Country Album You're Looking For?

Hello? Is This The Country Album You're Looking For?