Widespread Panic: King of the Jam

August 4, 2006 • While countless bands have tried to claim the throne left vacant by The Grateful Dead, Widespread Panic has made a strong case for itself. Its rootsy Southern jam-rock, informed by jazz and blues idioms, lends it credibility.

Widespread Panic: King of the Jam 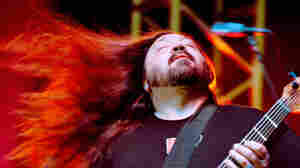 Dave Schools of Widespread Panic plays at Bonnaroo in June 2011.

Widespread Panic In Tuscaloosa, Ala.: An Experiment In Listening

October 4, 2011 • Ann Powers says she meant to stand back and observe. But once the show began, she started dancing. 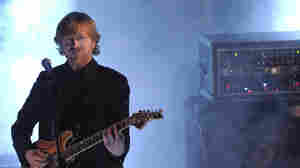 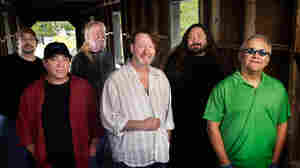 The Georgia jam band Widespread Panic has been making music for almost 25 years. courtesy of the artist hide caption

August 20, 2010 • It's hard to believe the Georgia jam band has been making music for almost 25 years. Fresh off a new album on Dave Matthews' record label, Widespread Panic files into the WXPN studios for an intimate performance.