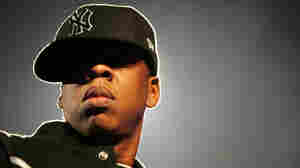 Jay-Z (pictured in 2005) was nominated for the Rock & Roll Hall of Fame on Wednesday, in his first year of eligibility. Scott Gries/Getty Images hide caption

February 10, 2021 • The Rock Hall announced nominations for its 2021 inductees on Wednesday morning. Six women were on the ballot, a marginal improvement from 2020's sole female inductee. 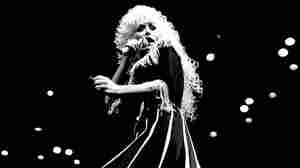 January 15, 2020 • Dolly Parton, Carla Thomas, Fanny, The Runaways and Salt n Pepa are just some of the women who should be in the Hall by now. 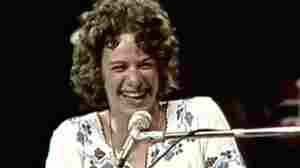 May 28, 2019 • A solo piano version of "It's Too Late" and a full-band take on "You've Been Around Too Long" were just two of the songs she performed at the Montreux Jazz Festival more than 40 years ago. 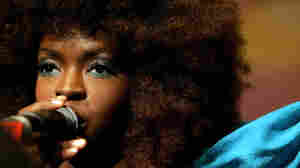 November 3, 2009 • Carole King's Tapestry has become one of the biggest selling albums of all time. Now, the singer-songwriter is focused on environmental activism, and is working to push Congress to pass a bill to help the Northern Rockies.

July 9, 2005 • Scott Simon talks with singer-songwriter Carole King, who is on tour for her new double-CD set, Welcome to My Living Room.

October 21, 2001 • Liane Hansen speaks with singer/songwriter/legend Carole King, who wrote the music for 1960's hits including Up on the Roof and One Fine Day. Her 1971 album Tapestry was a huge hit, selling 14 million copies. Her latest cd, Love Makes the World, has just been released on her own label, Rockingale Records. {You can find out more at www.caroleking.com.} 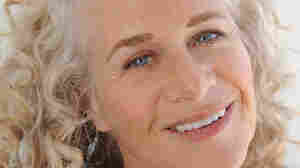 Carole King was in a doo-wop group called the Co-Sines when she was a teenager. Jim McCrary hide caption

April 10, 2012 • Singer-songwriter Carole King started young: She was just 15 when she founded a doo-wop group with her classmates. The act never took off, but King eventually became one of the biggest-selling artists of all time. She tells the story of her career so far in a new memoir, A Natural Woman. 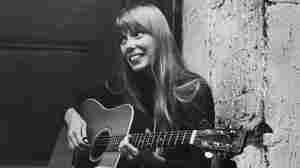 Joni Mitchell strums her guitar outside the Revolution club in London, circa 1968.

April 9, 2012 • Revisit the singer-songwriter movement of the 1970s with some of the decade's most masterful and indelible artists: Jackson Browne, Carole King, James Taylor and Joni Mitchell. 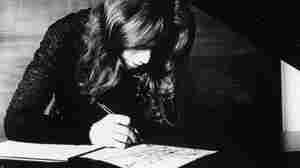 August 24, 2000 • King started out as a songwriter with her husband, but it wasn't until after her divorce that she began to sing her own songs and when she did, she sold 15 million copies. 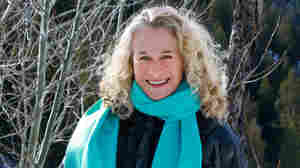 A Holiday Extravaganza From World Cafe

A Holiday Extravaganza From World Cafe 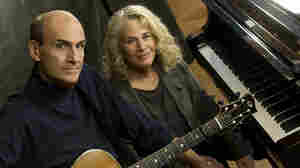 July 7, 2010 • The two legendary songwriters recently reunited for the Troubadour Tour, named for the club in Los Angeles where they first performed together in 1970. They've also released a live album recorded at the Troubadour's 50th anniversary show, in 2007.

The Timeless Reign of Carole King

July 22, 2005 • Singer and songwriter Carole King wrote '60s hits such as "Up on the Roof" and "Will You Still Love Me Tomorrow?" In the '70s, she achieved lasting fame performing her own material, such as "Natural Woman" and Tapestry, the best-selling album of the decade. Carole King's new album is titled The Living Room Tour. It was recorded live in Chicago, Los Angeles, and Hyannis, Mass. (This interview originally aired June 19, 1989.)

The Timeless Reign of Carole King