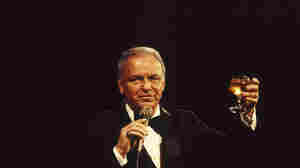 Frank Sinatra onstage in the 1970s. Though the star was ambivalent at best about the song's message, "My Way" became emblematic of this era of his career. David Redfern/Redferns/Getty Images hide caption

November 19, 2019 • Made famous by Frank Sinatra — who grew to hate it — "My Way" represents the quintessentially American outlook that nothing in life matters more than living on your own terms.

July 20, 2005 • One of the surprise critical hits of the summer is a new Paul Anka album. The teen-idol turned Vegas lounge singer puts a crooner's spin on rock classics, covering Nirvana and Van Halen, among others.