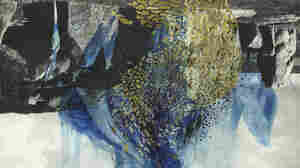 December 18, 2018 • The music on our list takes you to Tsarist Russia, the New Mexico desert, 18th century Spain, the austere landscapes of Iceland and Vienna, at the dawn of the 20th century. Happy travelling. 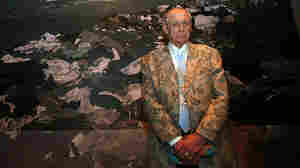 Yevgeny Yevtushenko, standing next to his poem 'Babi Yar' during a visit to the Yad Vashem Holocaust museum in Jerusalem in 2007. Menahem Kahana-Pool/Getty Images hide caption

Confronting Anti-Semitism In Russia, In Words And Then Music

April 3, 2017 • After the death of Russian poet Yevgeny Yevtushenko on April 1, we revisit a 2000 feature about his most famous work, 'Babi Yar,' and the collaboration it inspired with composer Dmitri Shostakovich.

Confronting Anti-Semitism In Russia, In Words And Then Music

September 25, 2006 • The political identity of composer Dmitri Shostakovich has been a topic of debate for decades. 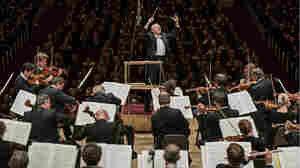 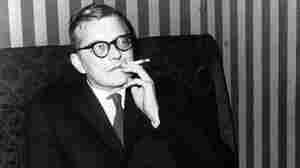 Soviet composer Dmitri Shostakovich's once brilliant career took a dive after the official party paper criticized one of his operas in 1936. Shostakovich responded with his powerful Fifth Symphony. Central Press/Getty Images hide caption

Power And Struggle In A Soviet Symphony

November 8, 2014 • After he was publicly denounced, Shostakovich rebounded with the compelling and calculated Symphony No. 5. The music supplied a soundtrack for the Soviet people and satisfied the apparatchiks.

Power And Struggle In A Soviet Symphony 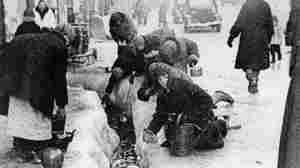 Citizens of Leningrad collect water from a broken main in the winter of 1942, during a blockade of the Russian city by Nazis. AP hide caption

Amid Hunger And Cold, An Unforgettable Symphony Premiere

November 2, 2014 • A year into the siege of Leningrad, a haggard group of musicians defiantly — and improbably — performed Dmitri Shostakovich's Symphony No. 7, which was dedicated to the suffering city.

Amid Hunger And Cold, An Unforgettable Symphony Premiere 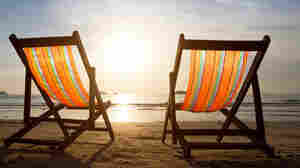 Music can be like a fleeting summer. You get to the end wondering, "How did we get here already?" iStockphoto hide caption

August 26, 2014 • The end of summer has a tendency to sneak up on us — or come to an unsettling halt. Try a quiz filled with fantastic finales and tremulous terminations. 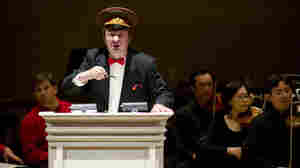 The Houston Symphony and conductor Hans Graf presented an all-Shostakovich evening for their evening at the Spring for Music festival at Carnegie Hal on May 7, 2012. They played two rarely heard works in powerful performances: the bitingly satirical Anti-Formalist Rayok, with soloist Mikhail Svetlov (pictured), as well as the gargantuan Symphony No. 11. Torsten Kjellstrand/Torsten Kjellstrand for NPR hide caption

May 7, 2012 • The Houston Symphony brings a biting all-Shostakovich program to Carnegie Hall for the Spring for Music festival — including the very rarely heard satirical cantata The Anti-Formalist Rayok. 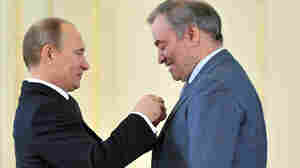 February 4, 2014 • The conductor, slated to perform at the opening ceremony of the Sochi Olympics, sparked controversy with his recent comments on Russia's anti-gay legislation. The head of St. Petersburg's Mariinsky Theatre is a friend and ally of Russian President Vladimir Putin. 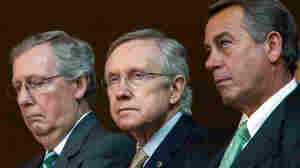 A Debt Ceiling Playlist: 5 Songs To Push Your Mind To The Brink

October 17, 2013 • Now that we've avoided a financial cataclysm, here's a suitable playlist for some of the swirling emotions of the past two weeks. 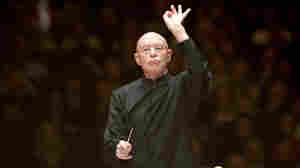 Conductor Christoph Eschenbach and the National Symphony Orchestra gave the final performance in this year's Spring for Music Festival at Carnegie Hall on May 11, 2013. The program was of all 20th-century Russian music: Shchedrin's Slava, Slava; Schnittke's Viola Concerto; and Shostakovich's Fifth Symphony. Torsten Kjellstrand for NPR hide caption

May 11, 2013 • Hear an evening of intriguing 20th-century Russian music — including Shostakovich, Schnittke and Shchedrin — that pays tribute to the orchestra's late and longtime leader, Mstislav Rostropovich. 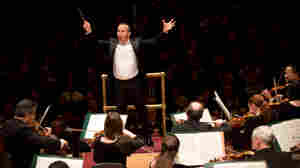 The Philadelphia Orchestra At Carnegie Hall

January 17, 2013 • Led by new music director Yannick Nézet-Séguin, the the Philadelphia Orchestra shows off in virtuoso works by Ravel and Shostakovich, as well as a rarely heard concerto with an exceptional violinist.

The Philadelphia Orchestra At Carnegie Hall

January 15, 2010 • When Lady Macbeth of Mtsensk was premiered in 1934, it made Shostakovich a star. When Soviet leaders denounced the opera two years later, the composer feared for his freedom, and even his life.

April 27, 2007 • Russian cellist and conductor Mstislav Rostropovich, who courageously fought for the rights of Soviet-era dissidents and later triumphantly played Bach suites below the crumbling Berlin Wall, died Friday in Moscow. He was 80.

October 4, 2006 • In 1935, Dmitri Shostakovich wrote music for what seemed to be a happy-go-lucky ballet, but the Soviet government did not agree. The Russian National Orchestra plays The Ballet Suite No. 1 on its 2006 American tour. Carlo Ponti conducts at the University of California-Davis.

Shostakovich at 100: The Late Years

September 29, 2006 • To celebrate the Shostakovich centenary, all this week, Performance Today has been exploring the life and music of this fascinating composer. Today, commentary from conductor and scholar Leon Botstein, as well as the composer's son, Maxim Shostakovich.

Shostakovich at 100: The String Quartets

Shostakovich at 100: The Lighter Side

September 27, 2006 • A look at Dmitri Shostakovich's comic side, with comments from conductors Leon Botstein and Valery Gergiev.

Shostakovich at 100: The Lighter Side

Shostakovich at 100: The Composer at War

September 26, 2006 • Dmitri Shostakovich had his own personal wars with the Soviet government, but when the entire country was at risk in WWII, Shostakovich rallied for the cause with his great "Leningrad" Symphony, his Symphony No. 7.

Maxim Shostakovich finds meaning in his father's Symphony No. 7

September 23, 2006 • For Marin Alsop, music director of the Baltimore Symphony beginning in 2007, the centennial of Dmitri Shostakovich's birth presents an opportunity to explore the complexity and lesser-known pleasures of the legendary Russian composer's music.

September 22, 2006 • Immersing yourself in Dmitri Shostakovich's complete works would take days, but familiarizing yourself with his music should take no more than an afternoon. Shostakovich scholar Simon Morrison picks his three favorite pieces.