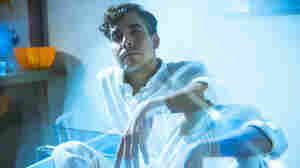 Neon Indian is featured on this month's Heavy Rotation. Karo Cantú/Courtesy of the artist hide caption 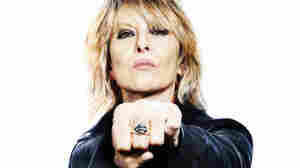 "They were very musical and they made great songs and had great harmonies," Chrissie Hynde says of The Beach Boys. "I only didn't appreciate them then because I was tripping my brains out and listening to Jimi Hendrix." Jill Furmanovsky/Courtesy of the artist hide caption

December 12, 2019 • The Pretenders' frontwoman reunites with Marius de Vries 20 years after Eye of the Beholder for her latest album, a series of jazzy reinterpretations of rock songs. 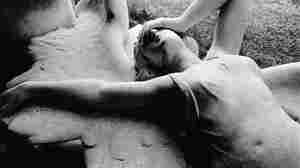 A photo of the Ribaudo family tomb in the Staglieno Cimitero Monumentale in Genoa, Italy was used as the cover art for Joy Division's "Love Will Tear Us Apart." Courtesy of the artist hide caption

Between Love And Hate: A Valentine's Day Playlist

February 14, 2019 • This Valentine's Day, we wanted to know: Can the same song be both a great love song and a breakup song? 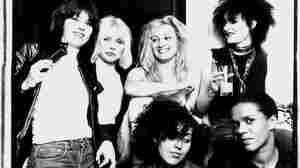 (From left to right) Chrissie Hynde of The Pretenders; Debbie Harry of Blondie; Viv Albertine of The Slits; Poly Styrene of X-Ray Spex; Siouxsie Sioux of Siouxsie And The Banshees; and Pauline Black of The Selecter in London in 1980. Michael Putland/Getty Images hide caption 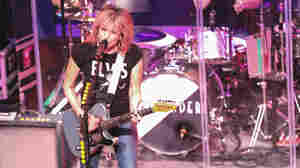 The Pretenders On World Cafe

December 16, 2016 • "You need new, fresh blood sometimes," Chrissie Hynde says of making the new Pretenders album. "You need to feed off of something that inspires you."

The Pretenders On World Cafe 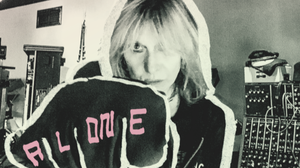 Listen: The Pretenders Join Dan Auerbach Of The Black Keys For New Album 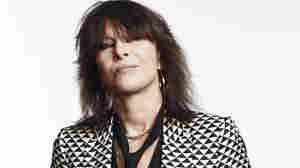 Pretenders, Live in Studio 4A

February 15, 2003 • Chrissie Hynde and the Pretenders have been around a long time, but they still love to tour and they're still making distinctive music. Hynde joins NPR's Scott Simon for a performance chat in Studio 4A.

Pretenders, Live in Studio 4A

The Pretenders: The Lillywhite Session

December 1, 2008 • In the early '80s, The Pretenders ranked among the biggest bands around. The group has existed in various incarnations since then, all fronted by Chrissie Hynde, and now displays its new sound in an acoustic session with producer Steve Lillywhite.

More from The Pretenders
Browse archive or search npr.org