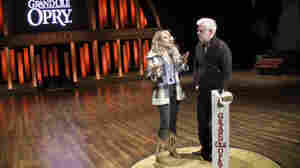 Elizabeth Cook takes World Cafe behind the scenes and on to the stage at the Grand Ole Opry. WXPN hide caption

A Backstage Glimpse Of The Grand Ole Opry

April 8, 2013 • Nashville singer-songwriter Elizabeth Cook takes us behind the scenes and on to the stage at the Grand Ole Opry. 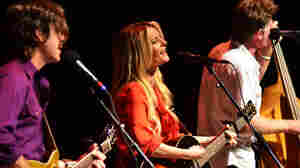 February 26, 2013 • The singer-songwriter plays songs from her newest EP and explains why El Caminos creep her out. 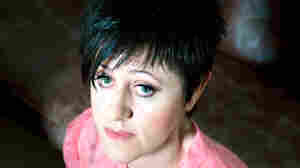 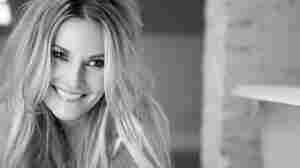 August 17, 2010 • The country star first caught David Dye's attention with her 2007 album Balls. Now she's back with a new album, Welder, produced by Don Was. Hear Cook perform in the World Cafe studio. 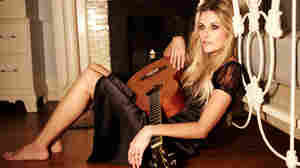 Elizabeth Cook On 'World Cafe: Next'

June 7, 2010 • Elizabeth Cook is one of a kind. Her great blonde looks and honky-tonk country might make her seem akin to pop-country singers, but Cook has the kind of sass and blatant song-writing that sometimes aren't radio-friendly. She's sharp and witty, and it's all very catchy.

Elizabeth Cook On 'World Cafe: Next' 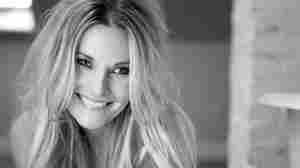 June 3, 2010 • Cook is a Florida-born singer-songwriter who first performed on Nashville's Grand Ole Opry stage in 2000. She hasn't become a star in those past 10 years, but she's attracted a following in the industry for her emotionally raw lyrics. Rock critic Ken Tucker reviews her fifth album, Welder. 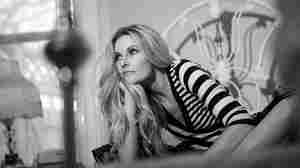 Elizabeth Cook takes time to write multidimensional lyrics about complex characters who deserve them. courtesy of the artist hide caption

May 18, 2010 • Growing up on bar stools and putting on concerts in cowgirl outfits as a child, Cook decided to make music her full-time gig later on in her life. The country singer-songwriter takes time to write multidimensional lyrics about complex characters who deserve them.

September 3, 2008 • Hearing the country singer should be enough to prove that her vernacular rings true. But she also has a family history that's the stuff of true country music. She performs from her latest album, Balls, live on Mountain Stage.

March 22, 2007 • Bob Boilen speaks with reviewers Robert Christgau, Will Hermes and Meredith Ochs about the new CDs they're most looking forward to this spring.