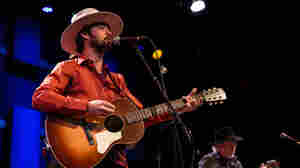 June 3, 2019 • Bingham shares stories and performs live, offering reflections on the state of the world and his own personal history. 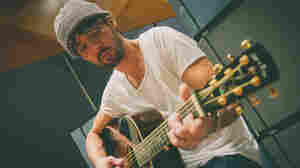 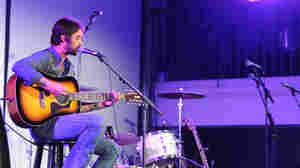 December 29, 2013 • The country artist had been living in his truck when he began working on the song that would win him an Oscar. "You just have to keep your head on your shoulders and dance with it as you go," he says. 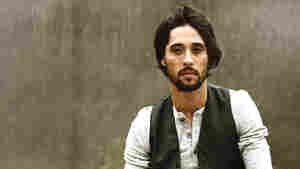 February 8, 2013 • The Oscar winner performs songs with a roadhouse feel, including his own "As I Do My Dancing."

May 30, 2008 • Bingham's songs are gritty and dense, reflecting an overall mood of loneliness and hardship, while opener Hayes Carll is a dryly witty 28-year-old whose humble, melodic folk tunes are often infused with humorous anecdotes. Hear both perform a concert from WXPN and World Cafe Live.

February 15, 2008 • A Southern roots-country rocker and former bull rider, Bingham performs with a rough style to reflect his upbringing in Texas and New Mexico ranching communities. Bingham will perform a concert from WXPN and the Millennium Music Conference in Camp Hill, Pa. 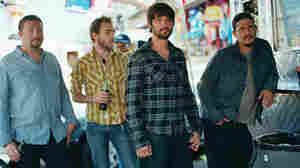 November 2, 2010 • The singer-songwriter rose to fame when his song "The Weary Kind" was picked as the theme to the film Crazy Heart. Here, he joins WFUV's Claudia Marshall to play songs from Junky Star, his first album since he and T-Bone Burnett took home the Academy Award for Best Original Song earlier this year.

Ryan Bingham In Studio at WFUV 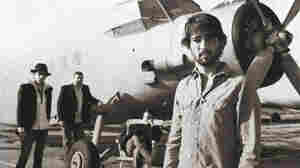 Ryan Bingham says he has a special place in his heart for the homeless, because he could have easily been one of them. Courtesy of the artist hide caption

September 1, 2010 • Last year, the singer-songwriter's song "The Weary Kind" won an Oscar for the movie Crazy Heart. Like the lead character, Bad Blake, Ryan Bingham used to be the singer fighting to be heard over the din of a bowling alley. But now, at 29, he's out with his third album, Junky Star.