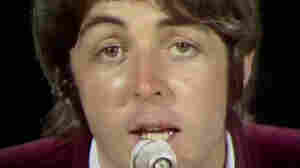 The Beatles' "Hey Jude" concludes with one of pop music's most epic fade-outs. Vimeo hide caption

The Rise And Fall Of The Fade-Out

September 17, 2014 • A slow fade, rather than a hard stop, used to be the popular way to end a pop song. NPR's Robert Siegel speaks with Slate reporter William Weir about the fade-out's history and recent decline.

The Rise And Fall Of The Fade-Out 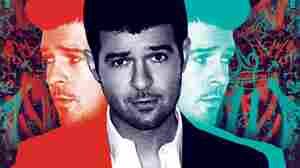 Robin Thicke on the cover of Blurred Lines. Courtesy of the artist hide caption

August 22, 2013 • Listen and look past his roué image, and the chart-topper is revealed as an earnest nostalgist. 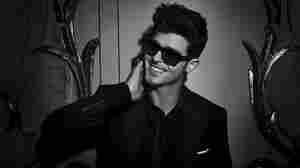 Robin Thicke says many of the songs on Love After War were inspired by his wife, actress Paula Patton. Anthony Mandler hide caption

December 10, 2011 • Thicke says many of the songs on his new album were inspired by his wife, actress Paula Patton. 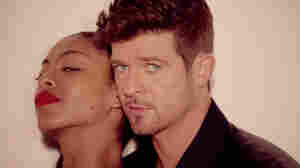 Robin Thicke, Beyond His Breakout Hit

Robin Thicke, Beyond His Breakout Hit 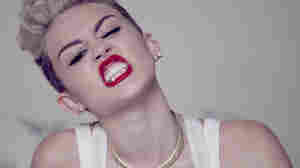 July 3, 2013 • Recent pop hits by Robin Thicke and Miley Cyrus exist at the juncture where simple fun turns confusing and potentially dangerous, which makes them perfect representatives of our era.