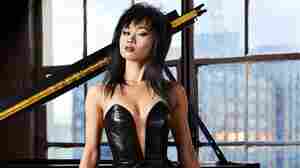 Jazz pianist Connie Han is one of our Slingshot artists to watch in 2020. Michael Pool/Courtesy of the artist hide caption

January 8, 2020 • 2020 is sure to reveal fantastic music from talented, emerging bands. This list features a diverse celebration of artists who've been here all along, but are only now getting to be heard. Brittany Howard made NPR Music's No.1 album of 2019 with Jaime. She's on our playlist of best songs of the year, too. Brantley Guttierez/Courtesy of the artist hide caption

December 18, 2019 • Some of World Cafe's favorite songs of the year include music by Strand of Oaks, The Head and the Heart, Clairo, Sharon Van Etten and more. 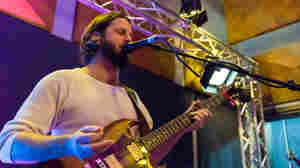 When 2 People Sound Like Many: Illiterate Light Reinvents The Classic Power Duo

December 2, 2019 • There are a lot of great guitar and drum duos - The Black Keys, The White Stripes - but none of them can say their drummer plays standing up, or that their guitarist plays the bass line with his feet. 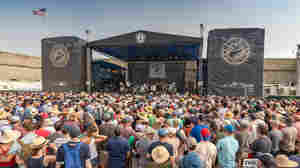 July 23, 2019 • The festival's executive producer, Jay Sweet explains how he picked this year's lineup and why the festival continues to resonate with people 60 years after it started. June 26, 2019 • There's no one sound to a year, but public radio writers across the country do set their ears to the most essential music. We asked them: What is your favorite song of 2019 so far?