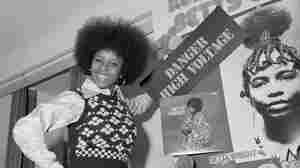 Betty Wright in 1975, when she was 21 years old, stands with a display of some of her album covers. Wright was already a veteran by the time she was out of her teens, having released four studio albums that included multiple songs that would be career signatures. Central Press/Getty Images hide caption

May 11, 2020 • Already a veteran by the time she was out of her teens, the early career of Betty Wright, who died Sunday, produced many R&B hits, including a pair of songs that would become career signatures. 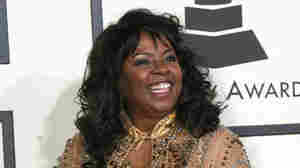 R&B singer Betty Wright has died after a battle with cancer. She is known for a roster of hits, including "Clean Up Woman," "Dance With Me" and "No Pain No Gain." Gabriel Bouys /AFP via Getty Images hide caption

May 10, 2020 • The singer is known for a roster of hits that included the songs "Dance With Me" and "No Pain No Gain." She died following a battle with cancer.