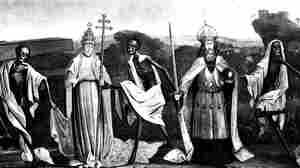 The dance of death, an ancient image that inspired Thomas Adès to compose his Totentanz. Wikimedia Commons hide caption

Music And Mayhem: A Diary Of Classical Albums For A Troubled 2020

December 21, 2020 • NPR Music's classical editor traces the high points of a year spent listening to new albums that offered comfort and confrontation in counterpoint with the relentless world outside the headphones. 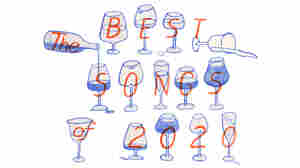 December 3, 2020 • The great songs of 2020 were as abundant as the rest of the year was a drag. Think of these 100 jams as a silver linings playlist for the worst year of our collective lives. 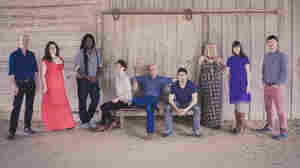 Roomful of Teeth's new album is Render, out April 28. Bonica Ayala/Courtesy of the artist hide caption 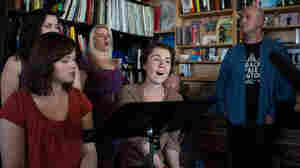 The vocal ensemble Roomful of Teeth, founded and directed by Brad Wells (left). Stephen Spinelli/Courtesy of the artists hide caption

October 23, 2012 • Hear this youthful group bring a 21st-century spin to a capella singing on their debut album, featuring new music by Merrill Garbus of tUnE-yArDs and other exciting contemporary composers.

More from Roomful of Teeth
Browse archive or search npr.org