February 9, 2009 • Classical icons such as Mozart, Tchaikovsky and Saint-Saëns got pushed aside at this year's Grammy Awards to make way for names such as Stucky, Schoenberg, Carter and Paulus. Hear some of the winning recordings.

December 22, 2008 • American composer Elliott Carter celebrates his 100th birthday this month, and three new CDs have been released in honor of the occasion. Fresh Air's classical music critic has a review.

December 11, 2008 • He was born in 1908, the year Henry Ford introduced the Model T. At age 100, Elliott Carter is still composing music. Today, he continues to amaze, and occasionally confound, his fans and critics.

October 14, 2001 • Liane Hansen speaks with American composer Elliott Carter and cellist Yo-Yo Ma about a new cello concerto commissioned for Ma and the Chicago Symphony Orchestra, directed by Daniel Barenboim. The piece was first heard last month in Chicago, and will receive it's New York premier at Carnegie Hall this Thursday. 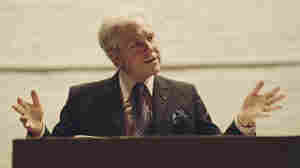 December 11, 2012 • Musicians who loved Elliott Carter and his music remember the great composer (who died last month at age 103) by discussing pieces of his music that touched them personally. They show how his long professional relationships with performers illuminated the conversational complexity of his music. 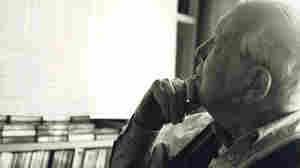 November 12, 2012 • The world-renowned conductor and pianist reflects on his late friend and colleague Elliott Carter, whose music he strongly championed: "Sometimes I think if Haydn were alive today, he would compose like Carter did in his last years." 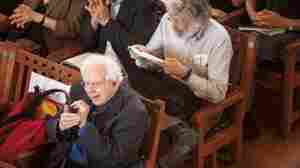 November 7, 2012 • Carter lived one of the most fulfilled lives any artist could wish for. What's sad about his death Monday at 103 isn't just that a whole era in music has come to an end, but that Carter was still composing, and on the highest level. 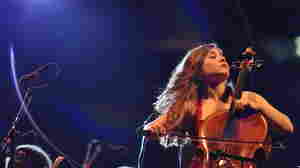 November 6, 2012 • Hear an excerpt of MacArthur "genius" cellist Alisa Weilerstein's excellent pairing of the Elgar Cello Concerto — recorded with Daniel Barenboim, whose late wife Jacqueline Du Pre's name was synonymous with this piece— and the cello concerto by Elliott Carter, who died yesterday at 103. 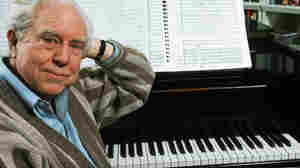 November 5, 2012 • The composer, who was born in 1908 and won two Pulitzer Prizes for music that could be challenging and adventurously modern, died in New York. 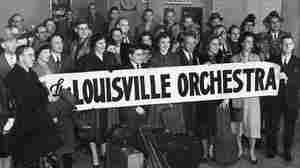 From Kentucky to Carnegie Hall: the musicians on their way to their New York debut, 1950. courtesy of the Louisville Orchestra hide caption

May 25, 2011 • A new documentary tells the amazing story of Louisville, Kentucky, where new music was the catalyst for a city's resurgence. 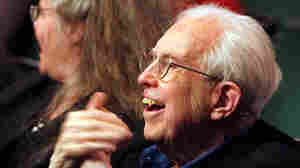 Composer Elliott Carter celebrated his 103rd birthday Thursday at a concert given in his honor at the 92nd Street Y (with Carol Archer, left, co-producer of the event). Cory Weaver/92nd Street Y hide caption

December 11, 2011 • The centenarian still wakes up every morning eager to write a new piece of music.

The Rite of Spring and Radios 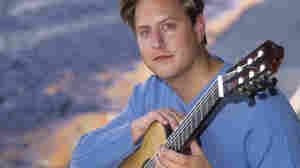 Jason Vieaux decided not to discriminate against living composers when planning his Dinner With The Dead. Robin Holland hide caption

Jason Vieaux's Dinner With The (Decidedly Not) Dead

November 4, 2010 • Bach might be too boring. And Beethoven too deaf. Neither of these composers are the right fit for guitarist Jason Vieaux's ideal "dinner with the dead," so he picked a composer very much alive -- the 101-year-old Elliott Carter.

Figment No. 5, for marimba 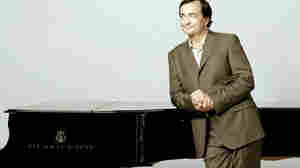 May 13, 2010 • The French pianist focuses on modern music from his homeland, playing short pieces by Ravel, Boulez and Messiaen at the WGBH studio in Boston.