July 6, 2009 • Vanderslice addresses loneliness, lost love and alienation, and along the way, finds freedom by leaving the familiar for the unknown. 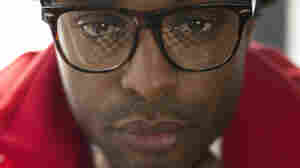 August 26, 2009 • The StyleFREE EP is the rapper-cum-singer's third solo record, and it features six songs Forte wrote while serving a prison sentence. "Breaking of a Man" is the most harrowing of the bunch: It tells the story of a man who's been devastated by his punishment, but has emerged stronger.

Breaking Of A Man

March 6, 2009 • The South Carolina "kid rock" trio Lunch Money has a new CD out titled Dizzy. The group's hook-filled melodies and indie-pop arrangements have a familiar appeal to kids and adults alike.

Antony And The Johnsons: Nature Songs

February 5, 2009 • Much of Antony and the Johnsons' music has revolved around singer Antony Hegarty's efforts to come to terms with and explore his sexual identity. But his latest album, The Crying Light, shifts away from issues of gender.

Antony And The Johnsons: Nature Songs

Animal Collective: Nothing But Hooks

January 13, 2009 • "My Girls" functions as Animal Collective's most accessible new track, possessing everything good about its new album writ small: It's relatively brief, it's got a killer hook and, for a band that can tend toward the theoretical, it's a surpassingly warm, infectiously joyous ode to settling down that almost single-handedly justifies the hype.

'My Girls' by Animal Collective

Supergrass Gets Confident And Cuckoo

September 22, 2008 • Whiskey and green tea may not sound like a potent combination, but Supergrass' gonzo ode makes a decent case for the concoction. In a mere four minutes, "Whiskey and Green Tea" boasts bouncy synths, a horn-fueled frenzy, music-box flourishes and military-band bravado.

'Whiskey and Green Tea' by Supergrass

August 27, 2008 • The debut album from underground hip-hop producers Splitface and June 16th imagines that its heroes have destroyed Earth (because radio here is too corporate) and become DJs at a station on another planet. "Calm After the Storm" hits one of the album's more optimistic notes.

July 24, 2008 • Singer-songwriter Teitur Lassen originates from the Faroe Islands (which translates to Sheep Islands), a remote spot of land between Iceland and Norway. On his third album, The Singer, Teitur's arrangements are quiet and sparse, but he sings with such confidence and fervor that the effect is, at times, gripping. "Guilt By Association," for example, tells a story about an accidental murder, with thrilling lines like, "Run away, they are coming to get us now." These minor-key dirges are clearly his signature, but some of the more immediately accessible and uplifting moments come when he loosens up.

Road Trip: Songs to Drive By

May 22, 2008 • Summer road trips are a time for both celebration and meditation. There's an urgent need to be free and explore, while also blocking out the rest of the world and getting lost in wistful daydreams. For Carrie Brownstein, former guitarist for Sleater-Kinney and host of NPR's Monitor Mix blog, nothing captures those moments better than these five songs. 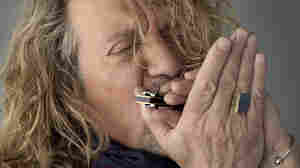 Robert Plant made his first commercial recordings in 1966. He formed the ground Band of Joy in 1967, with drummer John Bonham. Gregg Delman hide caption

September 20, 2010 • Plant's new solo album is called Band of Joy. That's the name of a group he was in back in 1967, before Led Zeppelin, with drummer John Bonham. Rock critic Ken Tucker says that if the album title suggests nostalgia for older musical styles, there's nothing musty about the results. 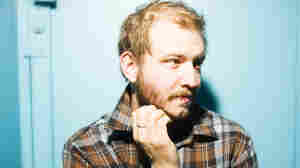 July 27, 2009 • NPR listeners cast thousands of votes for the year's best music (so far) and kept the race tight.