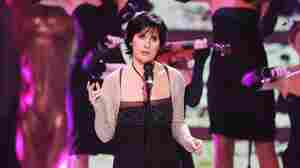 On 'Watermark,' Enya Is A Witchy Woman For The Ages — And The Canon

November 1, 2017 • Enya is not only a talented multi-instrumentalist and singer; she also brought not-quite-New Age chic to the masses, becoming a mind-bogglingly successful woman with legions of devoted fans. 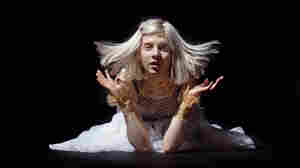 Aurora Aksanes is a 20 year old singer from Norway who is small but with a big heart. Courtesy of the artist. hide caption

November 2, 2016 • Norwegian singer AURORA talks about her love of heavy metal, Leonard Cohen and how intuition guides her songwriting.

January 10, 2009 • The latest album by best-selling Irish solo artist Enya explores familiar spiritual themes and brings a fresh perspective on the new year. In an interview, she reveals the influence The Beatles had on her new songs, as well as her attitude toward critics.