Accessibility links
As Ryan Takes The Stage, He Gives Hope To Republicans, Democrats Alike : It's All Politics The seven-term representative from Wisconsin is set to accept the GOP's vice-presidential nomination on Wednesday. Although he has won over remaining doubters within the party, he could hurt efforts to reach out to independents.

As Ryan Takes The Stage, He Gives Hope To Republicans, Democrats Alike

As Ryan Takes The Stage, He Gives Hope To Republicans, Democrats Alike 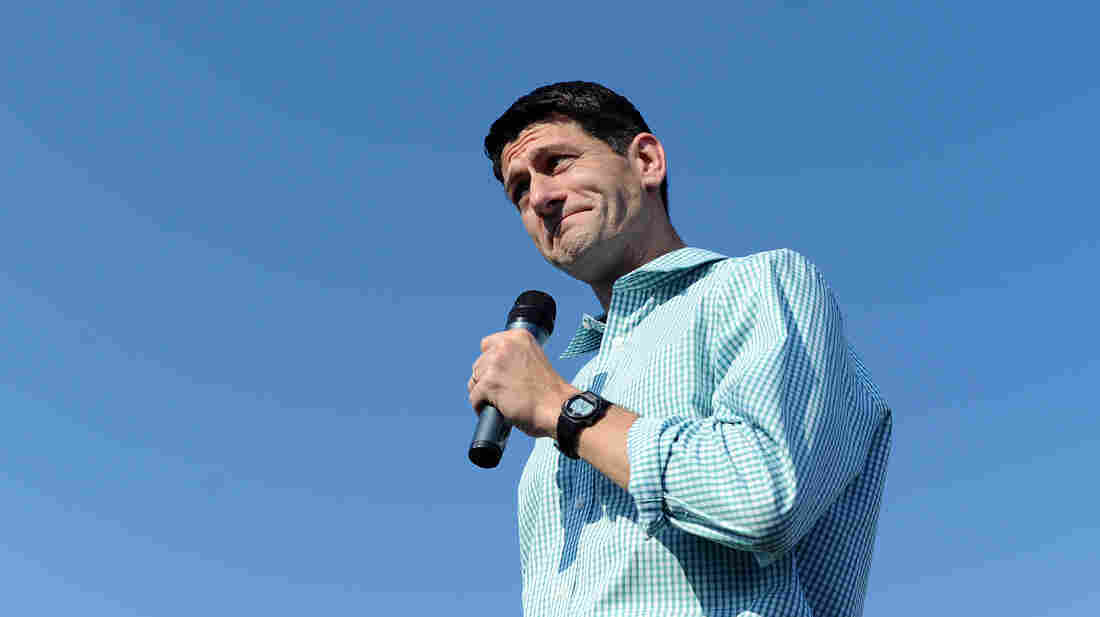 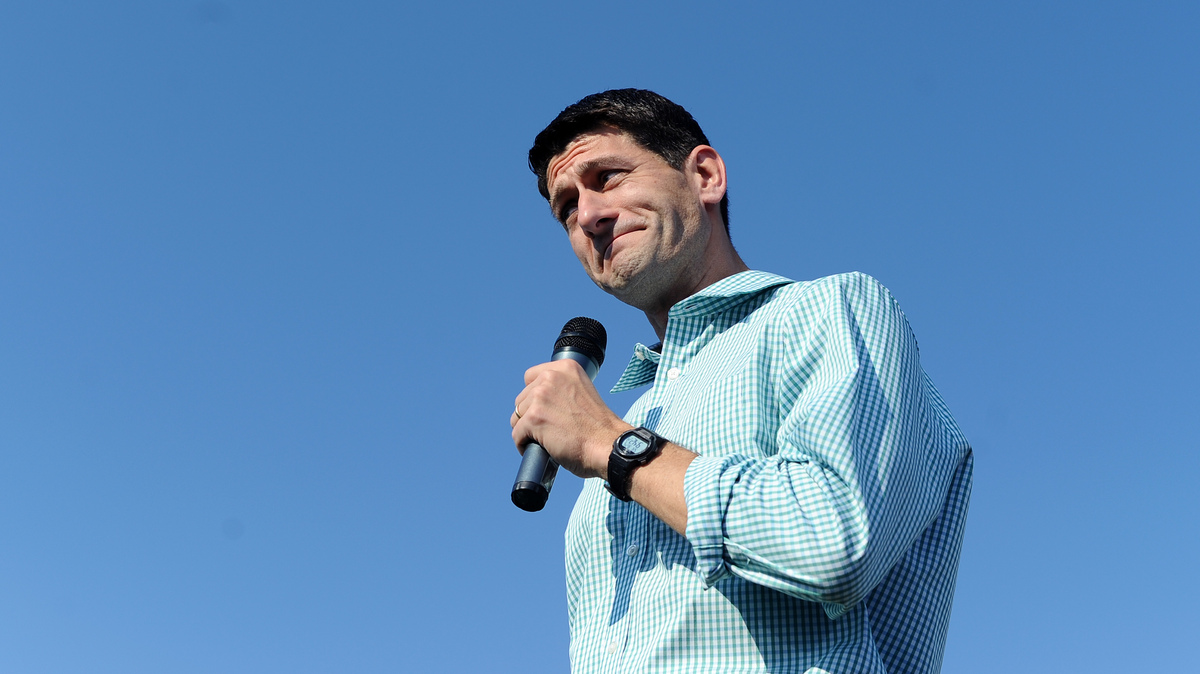 Like a lot of Republicans, Jane Jech is excited about Paul Ryan. Maybe even more excited than she is about Mitt Romney.

Ryan, a seven-term representative from Wisconsin and the chairman of the House Budget Committee, will formally accept the Republican Party's nomination for vice president on Wednesday.

His speech is expected to touch on all the hallmarks he's emphasized since getting the nod as running mate on Aug. 11, including the need to get the federal deficit under control, in part by curbing entitlement programs like Medicare.

That's just fine with Jech, a Republican candidate for state Senate in Iowa. Like many voters in her state, her first choice for president was former Sen. Rick Santorum, but the Ryan pick has helped bring her around with regard to Romney, the former Massachusetts governor and now the GOP presidential nominee.

"We want to see consistency in Romney — that's been a big question," Jech says. "He helped himself with Ryan."

Jech is not alone. Ryan has a consistently conservative record on social issues such as abortion and same-sex marriage, and he is considered a hero among fiscal conservatives for his budget plan, which has twice been endorsed by the House.

"I think the pick was great," says Gary Bauer, president of American Values and a candidate for the GOP nomination back in 2000.

"It's no secret that Romney was not the first choice of a lot of conservatives," Bauer says. "It was wise for him to go with a running mate that conservatives do have strong positive feelings about."

But if Ryan was an effective pick in terms of exciting the GOP base — and recent polls suggest he might help put his home state in play this fall — some analysts wonder whether he will ultimately hinder Romney in terms of reaching out to swing voters.

Ryan's budget would cut the deficit in part by putting a cap on Medicare spending per recipient. Although Republicans insist Ryan's plan will take a back seat to Romney's when it comes to the health insurance program for the elderly, other recent polls nonetheless reflect that the issue has hurt the GOP ticket, notably in some key battleground states such as Ohio and Florida, as well as Wisconsin.

"Now everyone is talking about Paul Ryan, his budget and Medicare — that's not what Republicans want to be talking about," says William Schneider, a public policy professor at George Mason University. "The Republican campaign should be about the economy and [President] Obama's job performance, period."

Ryan's injection of "controversial new subjects" into the campaign makes him a "net minus" for the ticket thus far, says Schneider, who is also a senior fellow with the centrist think tank Third Way.

Republicans dismiss that line of argument. Ryan not only excites GOP voters but also ensures the campaign will be about "big ideas" such as the size and scope of government, says Republican consultant John Hancock.

"The entitlement reform was going to be a central component of the Democrats' messaging strategy," Hancock says. "We now have put on the ticket the guy who is the most articulate and effective at defining what he's doing."

Romney and Ryan both have tried to go on the offense regarding Medicare, insisting that they will "preserve" the program, while Obama has cut its spending levels to pay for his broader health care agenda.

But if Democrats were always going to try to hang Ryan's budget and Medicare plans around Romney's neck, Ryan's addition to the GOP ticket made it that much easier. "The more Republicans are talking about Medicare and not the economy, they're fighting on Democratic turf," says Lewis Gould, an emeritus professor of history at the University of Texas.

Gould says he expects the Ryan "bounce" in Wisconsin will be ephemeral.

Regardless of whether he ends up being a net plus or a net minus overall for the Republican ticket, its fortunes will mainly rise or fall with Romney's performance.

Running mates, as much attention as they get, rarely determine the outcome of presidential elections. Perhaps not since Lyndon Johnson in 1960 has there been a vice presidential pick who has made a real difference, Schneider says. And the polls nationwide have not moved much since Ryan's selection.

"The Republican base is happy with him, which is very important," says Jack Pitney, a government professor at Claremont McKenna College.

"I think overall he's going to be a slight help to the ticket, but not the proverbial game-changer," Pitney says. "In the end, the impact of a vice presidential candidate is usually very marginal."