Accessibility links
After Making History, Iowa Female Wrestler Loses In State Quarterfinals : The Two-Way Cassy Herkelman won a state wrestling match after a boy refused to wrestle her, citing religious beliefs. Herkelman made history, but she was knocked out of the tournament today. 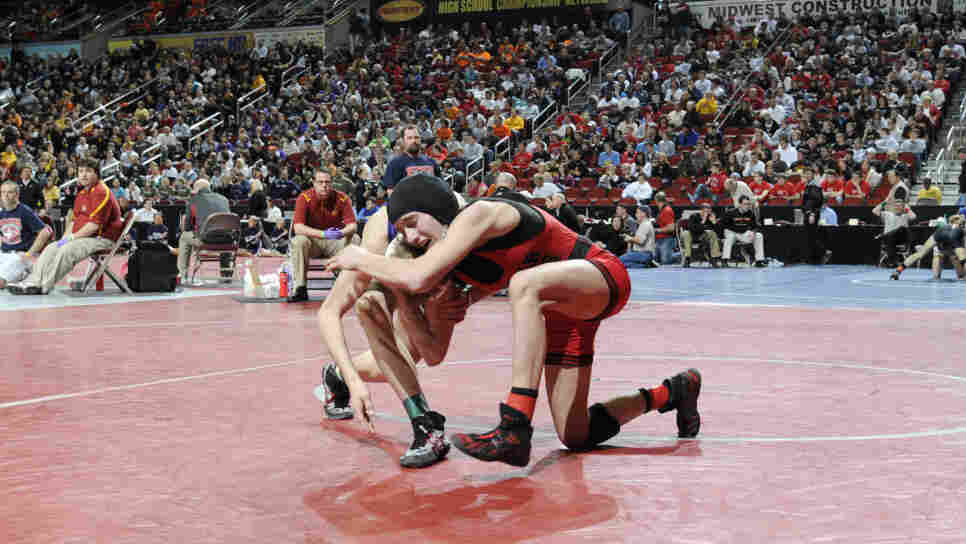 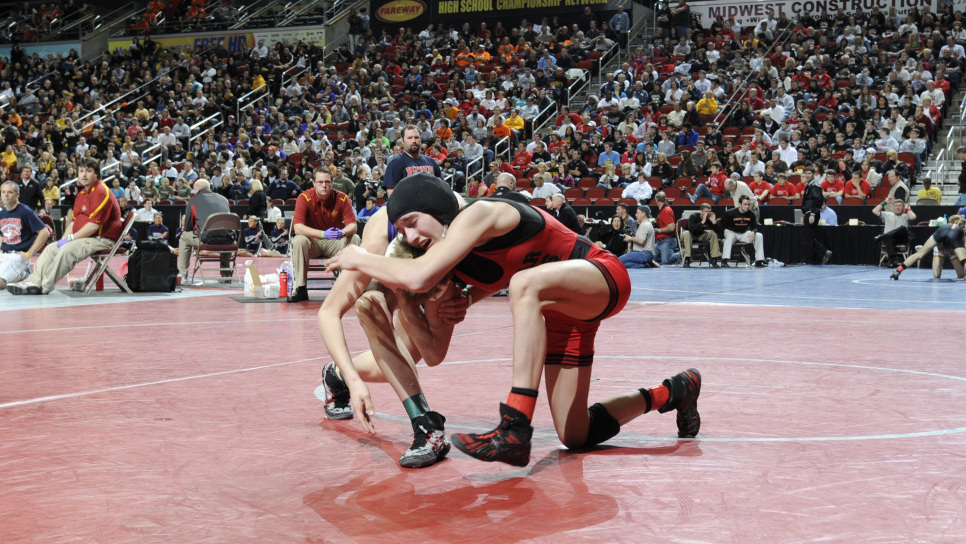 Cassy Herkelman made history, yesterday. The high school freshman became the first girl to win a wrestling match at the Iowa state wrestling tournament. Unlike other states, in Iowa there is no separate circuit for female wrestling, so girls are forced to compete with the boys.

But, as CBS news reports, Herkelman's win didn't arrive in storybook form: Just as she and her opponent, Joel Northrup, were about to take to the mat, Northrup let the judges know he was forfeiting the match. Wrestling is a combat sport, Northrup, who is home schooled, said in a statement, and "as a matter of conscience" and "faith," he could not compete.

"I don't believe there are any specific pieces of Scripture that address this particular issue. But as men, the Bible talks to us about loving our wives, protecting our families, being there, as an older brother, just to protect his home and his sisters.

"And so, I would say that's more of a principle that we're following. We just don't believe that in a combat sport, a boy should be going against a girl in this manner."

This year, two girls made it to the tournament, which is a big deal in Iowa. The other girl, Megan Black, was knocked out of the tournament last night. And today, Herkelman did get to wrestle, but, the AP reports, she "lost 5-1 on points to Indianola's Matt Victor in their 112-pound matchup." And then, reports the Des Moines Register, she was bumped from the tournament after a loss to Jordan Jones in a consolation match.

The conflict at the center of the match, though, is still being dissected nationwide. Sean Keeler, a columnist at the Des Moines Register, has a stellar piece that looks at all sides.

He notes that Herkelman made it to the tournament by beating boys. She deserved to be there. He notes that Northrup gave up a chance at a state title and that's no easy thing. He points to 1965, when the Dodgers' Sandy Koufax bowed out of pitching game one of the World Series because it was Yom Kippur.

He reports that the parents on all sides agree that if it was truly religious conviction that led Northrup to refuse to wrestle a girl, then that's OK:

"I know Cassy is disappointed not to get on the mat with him," Bill Herkelman, Cassy's dad, would say later. "But it's their belief, they're very strict in that, and I support that."

Bill knows the stakes, the sweat, the grind that all parties put in just to get here: He wrestled at Indianola during his high school days and only made it to state once, as a senior. The highest Joel, who came in with a 35-4 record, can finish this weekend is third place.

"I have to applaud the Northrup family for sticking with their convictions on the biggest stage in Iowa, if not the nation," he said, matter-of-factly.

Update at 5:05 p.m. ET: The AP spoke to Herkelman, who said she, of course, would have preferred to wrestle Northrup than win by default. Herkelman, who had a record of 20-13 coming into the tournament, said the match with Northrup would have been close. She said she plans to compete again next year and that respects Northrup for what he did.

"He had the right to make his own choice," she said. "And he made his choice. It's not like he did what he didn't want to do."