Richard Mabey has written books about: 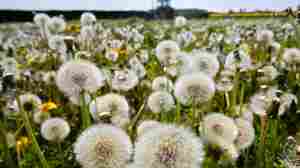 July 1, 2011 • Many of us see weeds as a pest, but nature writer Richard Mabey prefers to think of them as "vegetable guerrillas" and "forest outlaws." Mabey stands up for the incredibly adaptable and disreputable plants in his new book, Weeds.