Leigh Montville has written books about: 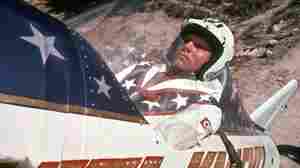 Evel Knievel: A 'High-Flying' Life Of A Daredevil

May 28, 2011 • The famous daredevil broke more than 30 major bones in his career as a motorcycle jumper, but every wipeout just brought him more fans. A new biography looks at the outsize life and legend of the showman.

Evel Knievel: A 'High-Flying' Life Of A Daredevil

May 10, 2006 • Babe Ruth gave the home run its status as a potent weapon in the game of baseball, the author of a new biography says. "Before [he] came along, the home run was kind of a mistake...," Leigh Montville says.