David Desteno has written books about: 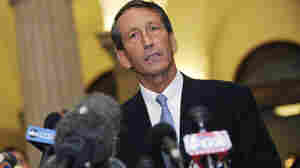 South Carolina Gov. Mark Sanford admitted to having an extramarital affair in June 2009. Out of Character quotes his friend Tom Davis as saying, "I never would have expected something like this. This is not in character for Mark Sanford." Davis Turner/Getty Images hide caption

May 17, 2011 • We're often taken aback when a respected governor, political candidate, husband or wife is caught cheating. In Out of Character, David DeSteno argues for the growing body of evidence that shows how everyone — even the most respected among us — has the capacity to act out of character.