Jack London has written books about: 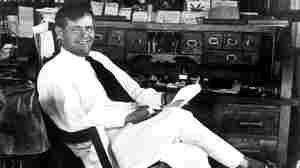 November 26, 2016 • Jack London died 100 years ago this week, worn out from drink, disease and overwork — but he left behind a prolific body of work that considers the vast scope of human experience and suffering. 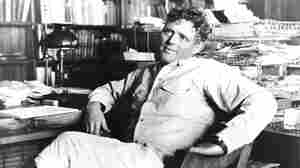 Jack London's 1903 The Call of the Wild was a sensation — it sold one million copies and made London the most popular American writer of his generation. He's shown above in 1916, shortly before his death at age 40. AP hide caption

October 14, 2013 • A new biography of the writer behind Call of the Wild and White Fang explores the life experiences that informed those works. London grew up in poverty, says biographer Earle Labor. "He was a dreamer, and a visionary. And his dreams and visions almost always outran his finances."

March 14, 2011 • When writer Jonathan Evison reads a book, he wants full immersion — emotionally, intellectually and sensually. He suggests three wild, Western adventure tales that will pick you up, knock you down and leave you breathless.