Marion Nestle has written books about: 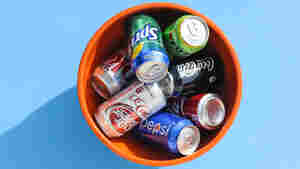 Soda sales have been flattening, but the industry has stepped up marketing and lobbying, according to Marion Nestle in Soda Politics: Taking on Big Soda (And Winning). Akash Ghai/NPR hide caption

October 27, 2015 • Marion Nestle's new book is Soda Politics: Taking On Big Soda (And Winning.) It reveals the industry's political and marketing tactics for protecting sales — and tips for advocates to fight them. 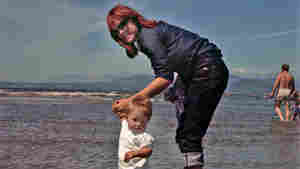 Food writer Nancy Harmon Jenkins and her daughter Sara, together in Spain in 1966. Sara, like her mom, is now also a cookbook writer. Courtesy of Nancy Jenkins/ hide caption

January 16, 2011 • For Sara Jenkins and her mother, Nancy Harmon Jenkins, food is a family affair — and a family business. Nancy, a food writer, lived in an old Tuscan farmhouse in a steep mountain valley. It was there that she first introduced her daughter, Sara, to uncomplicated cooking and fresh, flavorful ingredients.

June 9, 2006 • Eat less, move more. Eat lots of fruits and vegetables. Easy on the junk food. Marion Nestle's basic principles for a good diet are easier said than done. She explains why it's so hard to eat healthy.