David Remnick has written books about: 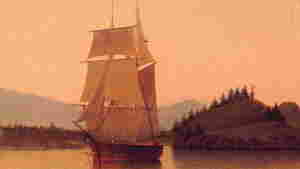 Voyages: To America, To The Presidency, To The Past

January 12, 2011 • Novelist Peter Carey returns with a funny riff on de Tocqueville's America, while David Remnick looks at the rise of President Obama, Rhodes scholar Wes Moore considers the prison life he might have lived, and Simon Johnson and James Kwak argue that America's megabanks should be cut down to size. 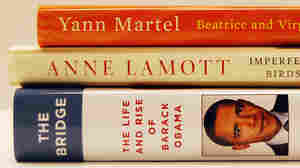 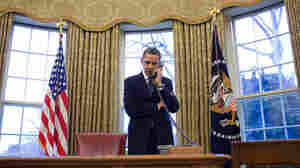 Remnick: In Obama's Only Loss, A Political Lesson

April 6, 2010 • The Bridge, David Remnick's new book, is the story of President Obama's journey to the Oval Office. Remnick, the editor of The New Yorker, tells Morning Edition how Obama's first run for national office — which he lost — helped shape his political career.

Remnick: In Obama's Only Loss, A Political Lesson

April 5, 2010 • David Remnick has a nearly impossible task in his new biography of Barack Obama: writing "the most complete account yet" of the most famous man on the planet. The well-written and well-researched book may be ahead of its time; the events in it are so familiar right now that its scholarship may resonate better in 20 years.

May 4, 2006 • David Remnick, editor of The New Yorker magazine, says he often finds himself in the "loser's locker room." He discusses how those kinds of moments are important to an effective profile, differences of opinion on Iraq and his latest book, Reporting.

September 20, 2005 • Subscribers to The New Yorker often complain they can't get one issue read before the next one comes. That problem's about to get worse: the magazine is putting all of its back issues — dating to the 1920s — on an eight-DVD set. Steve Inskeep talks to Edward Klaris, who directed the project.

October 7, 2004 • A just-published New Yorker anthology collects every cartoon the magazine has published since its debut in 1925. The 68,647 cartoons fill a hardcover book and two accompanying CDs — a single book of the cartoons would fill more than 20,000 pages, according to the publisher.