Anand Giridharadas has written books about: 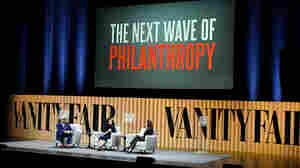 Generous Giving Or Phony Philanthropy? A Critique Of Well-Meaning 'Winners'

August 29, 2018 • Anand Giridharadas spent time with tech entrepreneurs and affluent elites who want to change the world. But in a new book, he writes that their market-based mantras only maintain inequalities.

Generous Giving Or Phony Philanthropy? A Critique Of Well-Meaning 'Winners' 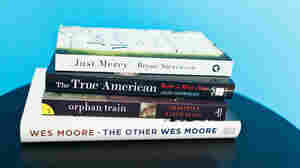 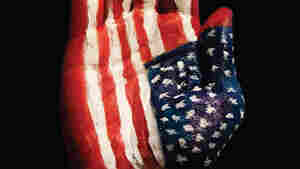 May 5, 2014 • In his new book The True American: Murder and Mercy in Texas, journalist Anand Giridharadas follows both the victim and the perpetrator of a brutal crime after the Sept. 11 attacks. 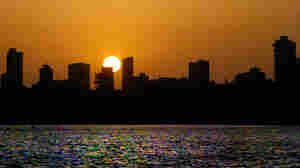 The sun sets over a stretch of the skyline in Mumbai, India, where writer Anand Giridharadas worked as a management consultant after he graduated from college. "I grew up with only a faint idea that another country was also somehow mine," Giridharadas writes of his upbringing in America. "My notion of it was never based on India's history or traditions, its long civilizational parade; it was a first-generation idea of a place in our shared past, nostalgically shared but blessedly past." Gautam Singh/AP hide caption

January 4, 2011 • Anand Giridharadas grew up in America, but it was in India — the country that his parents left — where he went to look for hope. In his book, India Calling, Giridharadas describes how India's growing economy is creating growing opportunity — what many might recognize as American-style chances to get ahead.