Bill Schutt has written books about: 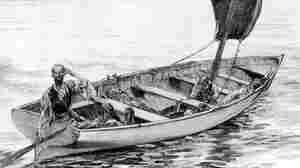 February 22, 2017 • It's gruesome, but from a scientific standpoint, there's a predictable calculus for when humans and animals go cannibal, a new book says. And who knew European aristocrats ate body parts as medicine?

Vampire Bats And Other Blood-Sucking Creatures

October 31, 2008 • Bill Schutt, author of Dark Banquet: Blood and the Curious Lives of Blood-Feeding Creatures, discusses the real "vampires" in this Halloween-day edition of Science Friday.

Vampire Bats And Other Blood-Sucking Creatures