Barack Obama has written books about: 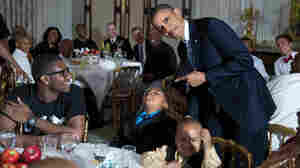 Obama poses with a boy who fell asleep during the White House's Father's Day ice cream social on June 14, 2013. Souza remembers the president calling out, "Pete, you've got to get a picture of this." Pete Souza/Courtesy of Little, Brown and Company, New York hide caption

November 7, 2017 • As the chief official White House photographer for President Obama, Souza sometimes shot more than 2,000 photos a day. "I was there all the time," he says. His new book is Obama: An Intimate Portrait. 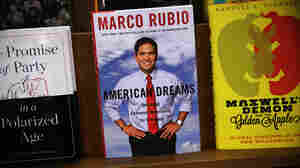 February 13, 2015 • The Iowa caucuses are a year away, which means it's time for presidential campaign books. Marco Rubio was in Iowa on Friday to hawk his new work.

October 19, 2006 • In his new book, The Audacity of Hope, Sen. Barack Obama shares his thoughts on "reclaiming the American Dream." He talks about living a public life, his conflicting feelings about fundraising, and speculation over possible presidential ambitions.

August 29, 2006 • Laura Dawn, cultural director of MoveOn.org, edited It Takes a Nation: How Strangers Became Family in the Wake of Hurricane Katrina. The book collects oral histories and photos of storm evacuees and those who helped them.