Larry Tye has written books about: 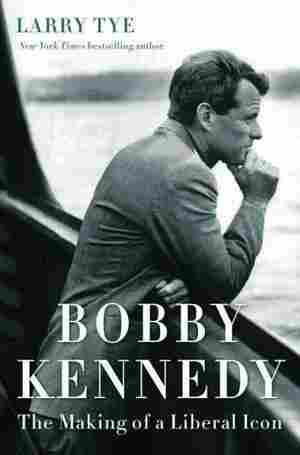 July 5, 2016 • Biographer Larry Tye says Kennedy wasn't always the "hot-blooded liberal" we remember today. The transformation wasn't a "flip-flop" he says; "he took things to heart in ways that few politicians do." 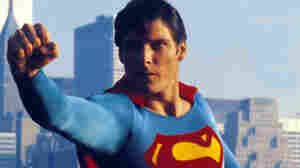 June 18, 2012 • For the past 80 years, the Man of Steel has endured in books, movies, radio serials, comic books and cartoons. "Americans embrace Superman partly because he captured so many things that are part of our psyche and part of our sense of ourselves," says biographer Larry Tye.

'Satchel': The Story Of An American Baseball Legend

January 18, 2010 • Hall of Famer Satchel Paige started his career pitching in the Negro leagues and later became a Major League star. Author Larry Tye spotlights the player who helped integrate the sport, touring the country and playing exhibition games with white players, in the book Satchel: The Life and Times of an American Legend.

'Satchel': The Story Of An American Baseball Legend

'Satchel': Confronting Racism One Fastball At A Time

'Satchel': Confronting Racism One Fastball At A Time

May 8, 2009 • In his book Rising from the Rails, journalist Larry Tye examines the social history of the African-American men who provided service to railroad passengers traveling in George Pullman's sleeping cars.

Weighing the Risks and Benefits of Shock Therapy

July 25, 2007 • Nearly 100,000 Americans sign up for electro-shock therapy every year to treat severe depression. Many patients call it life-saving, yet scientists still struggle to explain why it is effective. Critics say the procedure is barbaric and that doctors underplay the risk of post-therapy memory loss.