Tom Bower has written books about: 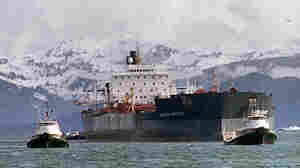 July 22, 2010 • Before the BP explosion in the Gulf of Mexico, the worst domestic oil spill was the 1989 Exxon Valdez in Alaska. The accident gave the oil giant a jolt and prompted the company to rethink its approach to safety. Now, Exxon does considerably better than the industry average on several safety-related measures.