Andrew Holtz has written books about: 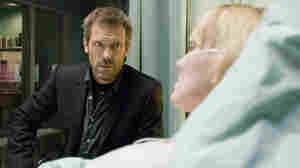 June 9, 2010 • The genius, if antisocial, protagonist of the Fox series House uses a barrage of cutting-edge tests and procedures to help diagnose his puzzling patients. But how much does that actually cost? We take a close look at one episode to find out.