Evan Thomas has written books about: 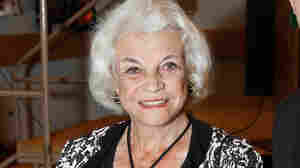 March 15, 2019 • First is unlike any other book written about the justice. Evan Thomas breaks new ground with extraordinary access to O'Connor, her papers, journals — and even 20 years of her husband's diary. 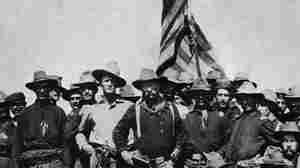 Before he became the 26th president, Theodore Roosevelt (center) led the men of the 1st Cavalry Volunteers, known as the "Rough Riders," on San Juan Hill during the Spanish-American War in 1898. William Dinwiddie/Hulton Archive/Getty Archive hide caption

April 27, 2010 • In The War Lovers, Evan Thomas tells the story of how a few men, led by future President Theodore Roosevelt, helped to provoke in the American public a fervor for combat that led to the 1898 Spanish-American War.

December 18, 2006 • Author Evan Thomas talks about his book, "Sea of Thunder" and the history of the battle off the coast of the Philippine Island of Samar.