Chinua Achebe has written books about: 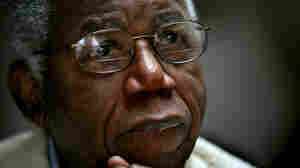 Chinua Achebe, Nigerian-born novelist and poet speaks about his works and his life at his home on the campus of Bard College in 2008. Craig Ruttle/ASSOCIATED PRESS hide caption 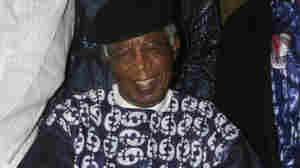 October 15, 2009 • As a child, Nigerian novelist Chinua Achebe was initially seduced by Joseph Conrad's novella about an Englishman's journey up the Congo. But then he read the book more closely, and he realized that Conrad's portrayal of Africans was not a humane one.

January 18, 2008 • When Nigerian author Chimamanda Ngozi Adichie came to the U.S. for college, she found her roommates didn't know much about Africa. So she gave them a collection of beautiful, complex Ghanaian stories called No Sweetness Here.

June 19, 2007 • The acclaimed Nigerian writer recently won the prestigious Man Booker International Prize for his literary career. Achebe talks about the premise of his debut novel Things Fall Apart, why he stopped writing for nearly 20 years and how his experiences with Nigeria's fractured political past still shape the way he envisions Africa's future.