Chip Kidd has written books about: 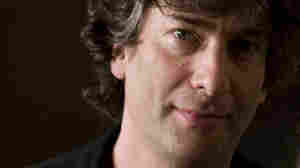 Neil Gaiman is also the author of Coraline, American Gods, Anansi Boys,Stardust and M Is for Magic. He was born in Hampshire, England, and now lives near Minneapolis. Darryl James/Getty Images hide caption

May 14, 2013 • Neil Gaiman's new book is based on a speech he delivered to graduates of Philadelphia's University of the Arts. When life gets tough, he told them, "make good art." It's advice that served him well when he turned a failed '90s TV series into the "much-loved" novel Neverwhere.