Rowan Jacobsen has written books about: 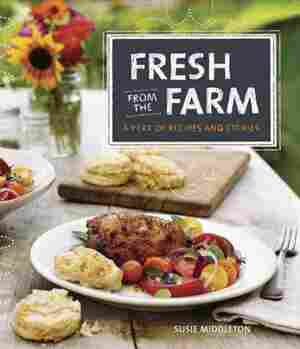 December 10, 2014 • 2014 was a year for faraway cuisines to take up residence in U.S. kitchens — cookbook authors cast their nets for flavors from Paris, the Middle East, Southeast Asia and points in between. 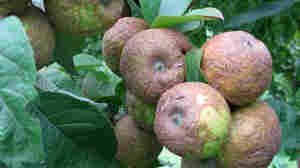 Goodband compares these Knobbed Russets to shrunken heads. Others say potatoes or toads. They're all gnarled and warty and brown, but don't be intimidated: They taste great when ripe. They originated in Sussex, England, in 1819. Melissa Block/NPR hide caption

September 19, 2014 • Scott Farm in Vermont grows 100 apple varieties, some of them dating back to the 1700s. These apples may not look as pretty as the Red Delicious, but what they lack in looks they make up for in taste. 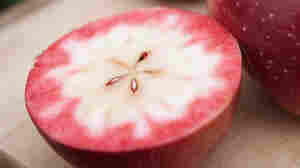 Surprise! This is what it looks like when you cut into a Redfield apple. Clare Borboza/Bloomsbury hide caption

September 2, 2014 • Growing up, I knew two kinds of apples: red and green. Then I started dating an apple enthusiast and discovered we are in the midst of a rare apple renaissance.

Exploring the Geography, Glories of Oysters

November 13, 2007 • More than any other food, oysters taste like the place they come from. Rowan Jacobsen, author of A Geography of Oysters, explains, describes and slurps his way through a sampling of succulent raw oysters.

Exploring the Geography, Glories of Oysters