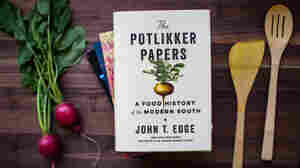 June 11, 2017 • In his new book, John T. Edge tries to pay down what he calls "a debt of pleasure" to the African-American and immigrant cooks whose stories are often left out of the narrative. 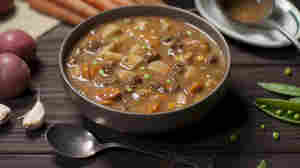 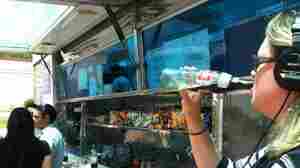 Food Truck Lingo Might Be Just Around The Corner

June 11, 2012 • Food truck culture is developing its own lingo, with words like "ventrification" and "nonstaurant." And, just like the lingo started by restaurant workers and truckers, these words may be coming to a slang dictionary near you soon. 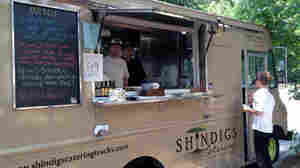 The crew of Shindigs sets up shop in a parking lot in Birmingham. Debbie Elliott/NPR hide caption

June 8, 2012 • Southern food and culture expert John T. Edge sees the food truck craze as a great democratic portrait of America. His new cookbook highlights some of the most creative and cheap food cooked in trucks these days.

A Culture Revealed Through Comfort Food

September 17, 2005 • In a series of short books, writer John T. Edge, director of the Southern Foodways Alliance, has celebrated American culture through food. He tells Debbie Elliott about the latest, Hamburgers and Fries.

A Culture Revealed Through Comfort Food