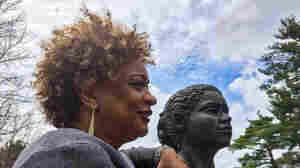 Richard J. Ellis and the Pledge of Allegiance

June 28, 2005 • In 2002, a federal judge ruled that the "under God" portion of the Pledge of Allegiance was unconstitutional because it violated the separation of church and state. An uproar ensued. But as Richard J. Ellis, author of To the Flag: The Unlikely History of the Pledge of Allegiance, points out in his book, those words were not included in the pledge when it was written in 1892 — they were added in 1950. Ellis is the Mark O. Hatfield Professor of Politics at Willamette University in Salem, Ore.

Richard J. Ellis and the Pledge of Allegiance