Debbie Nathan has written books about: 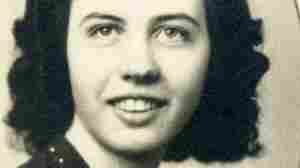 October 20, 2011 • In Sybil Exposed, Debbie Nathan explores the life of Shirley Mason — the psychiatric patient whose life was portrayed in the 1973 book and 1976 TV movie. Mason later admitted to her psychiatrist that she'd made the whole thing up — but not before the story manufactured a psychiatric phenomenon.