Marcelo Gleiser has written books about: 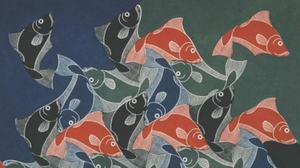 June 29, 2016 • Imagine how sad it would be if we one day arrived at the end of knowledge — no new questions to explore, no boundaries to expand, no great discoveries ahead, says astrophysicist Marcelo Gleiser. 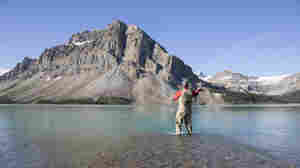 Humility Is Embedded In Doing Science, But What About Spirituality?

June 23, 2016 • Barbara J. King talks with 13.7's own Marcelo Gleiser about his new book, in which he addresses his view of spirituality — one that doesn't invoke "the existence of supernatural spirits." 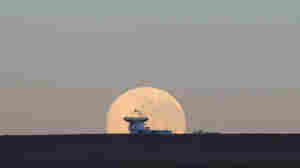 All of our scientific tools have limits. These limits ensure that we will never see the whole picture. We can never have complete knowledge of the universe. Above, the ESO's APEX radio telescope probes the heavens from its lonely perch on Chile's Chajnantor plateau. Gordon Gillet/ESO hide caption

No End In Sight? No Problem!

July 30, 2014 • Our quest for knowledge will never end because we just can't know everything, no matter how hard we try, says commentator Marcelo Gleiser. But that's a good thing. Here's why. 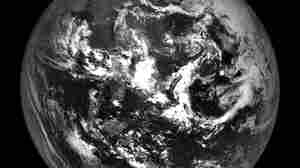 In the quest to understand our world and the universe in which it sits, Marcelo Gleiser advises: "Not all questions have answers. To hope that science will answer all questions is to want to shrink the human spirit, clip its wings, rob it from its multifaceted existence." Goddard/Arizona State University/NASA hide caption

June 18, 2014 • Does science have limits? Commentator Adam Frank reviews Marcelo Gleiser's eye-opening new book exploring this very question. It appears that we are forever headed into the dark. 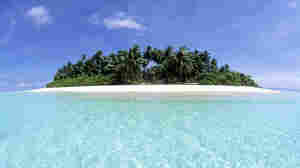 The Lure Of The Unknown Drives Science Forward

June 4, 2014 • There is no end to how much we can know of reality. But we can never know everything, says commentator Marcelo Gleiser. 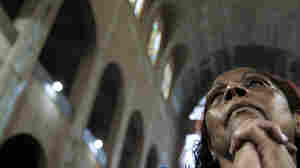 November 13, 2013 • A chance encounter forces commentator Marcelo Gleiser to reconsider his view of the relationship between science and religion. It's a life-changing experience that has driven him to dedicate his life to spreading the gospel of science education. 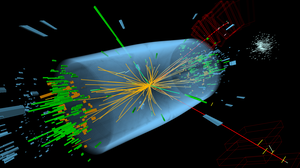 High-energy physics in action: an image of an event in CERN's CMS detector during the search for the Higgs boson. CERN hide caption

August 21, 2013 • It's time to reconsider the grand quest for "unification" in modern physics, says commentator Marcelo Gleiser. Our unrelenting search for symmetry and perfection in the natural world leaves us blind to data that seems to depict an imperfect and asymmetric Universe. 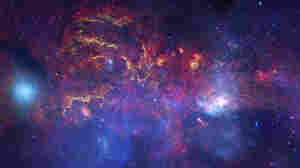 May 22, 2013 • Confronted with the amazing advances made by science, why do so many still cling to God as a creator? Could the answer be that we need to be created in order to be special? Or are we afraid of our own unique place in the Universe? Marcelo Gleiser knows what he thinks.

October 31, 2012 • NASA's Kepler Mission has been spotting many "Earth-like" planets within our galactic neighborhood. But what fraction of these Earth-like planets are really like our planet? The more we learn about Earth's remarkable properties, the rarer our planet seems to be. And with it, the life it hosts.