Charlie LeDuff has written books about: 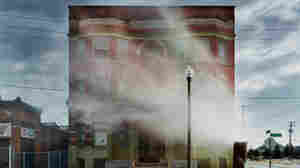 February 13, 2013 • Charlie LeDuff's hard-boiled memoir, Detroit: An American Autopsy, gives readers a rough image of the decaying Rust Belt metropolis. But far from being belly up, the city is finally on the rise, as a recent transplant from Detroit explains. 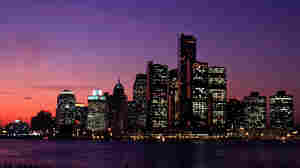 Pulitzer Prize-winning reporter and Detroit native Charlie LeDuff says that the city must forget the future and instead focus on the present. His new book is called Detroit: An American Autopsy. Carlos Osorio/AP hide caption

February 11, 2013 • To some, Detroit may be a symbol of urban decay; but to journalist Charlie LeDuff, it's home. In Detroit: An American Autopsy, he says the city's heart beats on. "We're still here trying to reconstruct the great thing we once had," he tells Fresh Air's Dave Davies.