Allen Salkin has written books about: 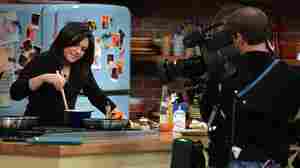 According to journalist Allen Salkin, Emeril Lagasse initially opposed bringing Rachael Ray, pictured here in 2007, onto the Food Network – and, at first, Ray agreed with him. "You have this all wrong," she told executives, "I'm beer in a bottle; you guys are champagne." Scott Gries/Getty Images hide caption

October 13, 2013 • The Food Network was intended for cooks, but it wasn't run by them. In a new tell-all book, Allen Salkin takes an unsparing look at the channel's progression from struggling cable startup to global powerhouse, and the people who rose and fell along the way. 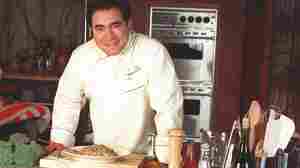 September 19, 2013 • Read an exclusive excerpt of Allen Salkin's new history of the Food Network, From Scratch. It's an affectionate but unsparing look at a scrappy little startup network that became a national broadcasting behemoth — and brought people like Emeril Lagasse and Rachael Ray into millions of homes.