Carl Zimmer has written books about: 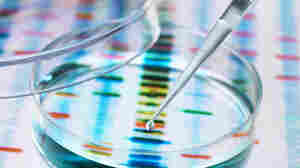 June 11, 2018 • Carl Zimmer wondered what secrets lurked in his genetic code — so he decided to have his genome sequenced. He writes about the implications of the study of genetics in She Has Her Mother's Laugh.