Charles Spencer has written books about: 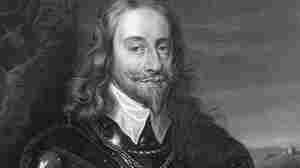 King, Tyrant, Beheaded Traitor: The Many Trials Of Charles I

February 17, 2015 • The British monarch ruled at a time of civil war — and was blamed for much of the bloodshed. In Killers of the King, Charles Spencer tells the story of the men who signed the king's death warrant.

King, Tyrant, Beheaded Traitor: The Many Trials Of Charles I